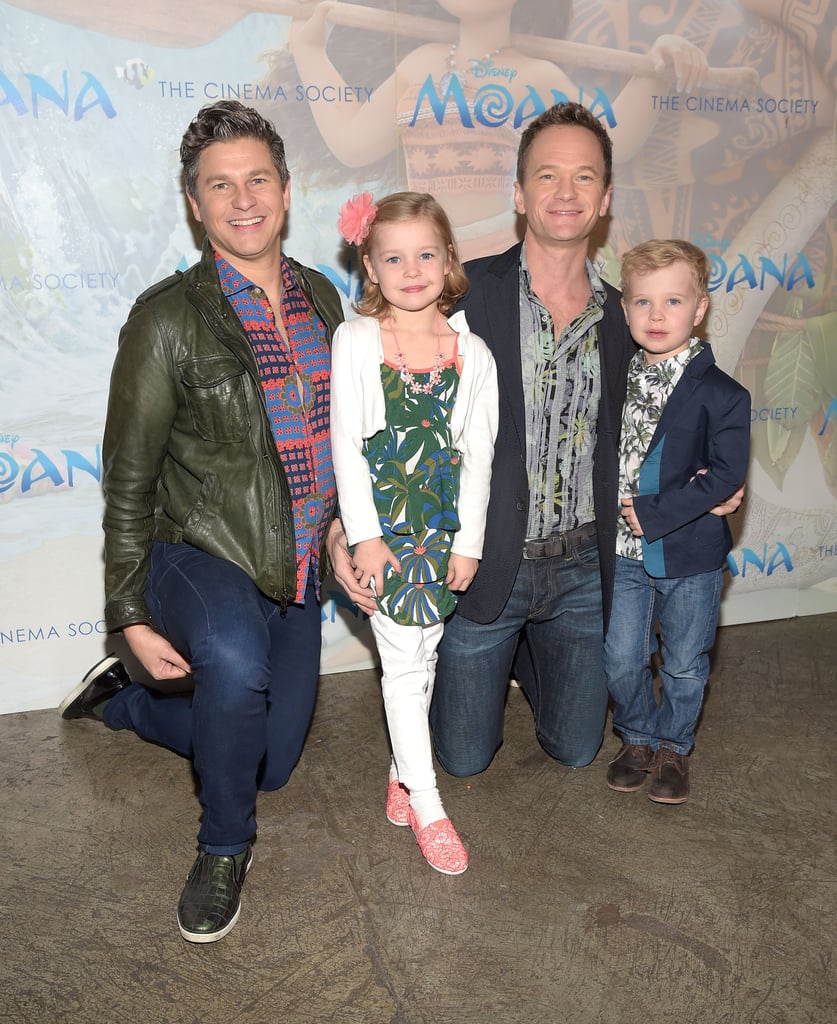 Neil Patrick Harris and husband David Burtka took their kids, Harper and Gideon, to the NYC screening of Disney's Moana on Sunday afternoon. The adorable foursome gathered together on the red carpet and flashed their sweet smiles for photographers. Also in attendance were Liev Schreiber, his two kids Alexander (who goes by Sasha) and Samuel, and Jason Biggs, who brought along wife Jenny Mollen and son Sid. The film, which hits cinemas on Dec. 2, follows the story of a teenage girl (Auli'i Cravalho) who teams up with a demigod named Maui (Dwayne Johnson) to search for a fabled island. Earlier this week, Dwayne attended the world premiere for the movie shortly before being crowned People's Sexiest Man Alive.