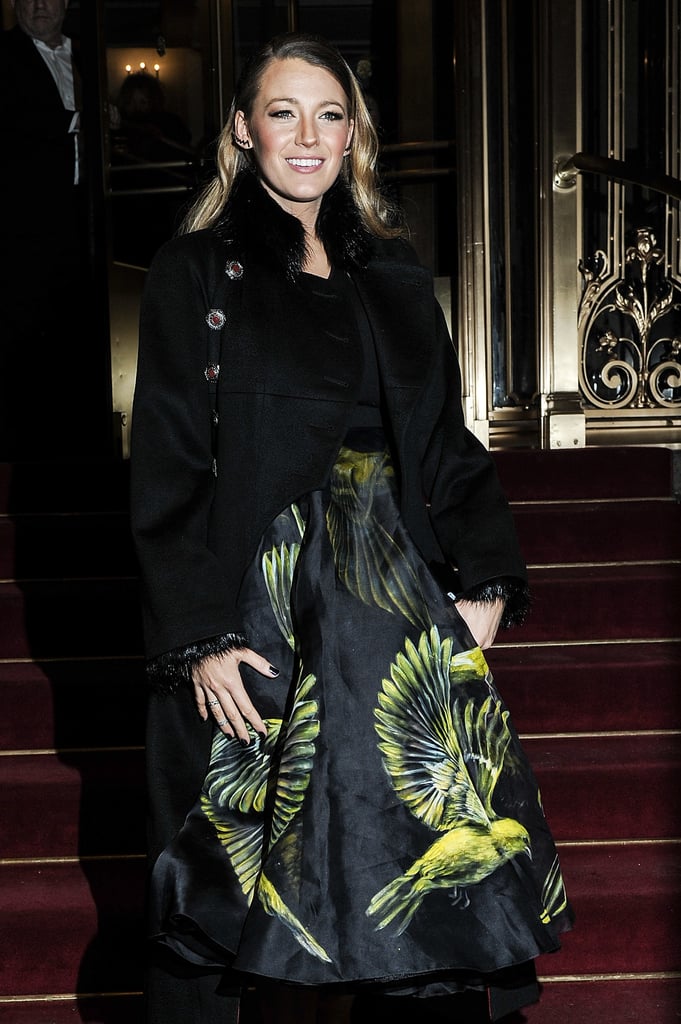 Blake Lively stepped out in style for New York Fashion Week on Wednesday. The new mum was one of the many celebrities at NYFW, and she attended the Marchesa show in a bird-print skirt and bright yellow heels. Blake's stunning appearance comes just a week after her first public appearance since welcoming her daughter in December. Meanwhile, her husband, Ryan Reynolds, has been busy making the press rounds, gushing about his wife and daughter while keeping tight-lipped on their baby's name. Reports say the couple named their daughter James, though they haven't confirmed the news. See more photos of Blake's appearance in NYC, and then check out why Blake and Ryan are the cutest couple!