Robert Pattinson was decked out in pale colours to film a wedding scene for Bel Ami in Budapest yesterday. He welcomed Uma Thurman to the set and continued to film with Kristin Scott Thomas, but without the top hat this time. The best-dressed man in the world might be swapping his period costumes for something altogether more grungey if rumours are to be believed. Reports today suggest Rob will play Kurt Cobain in a biopic of the Nirvana singer's life alongside Scarlett Johansson as Courtney Love, who is reportedly majorly involved with the Universal Pictures film. 50 Cent also wants Rob to join G-Unit, so he'll have no shortage of work once the Twilight saga wraps up. Would you like to see Rob as Kurt and a rapper? 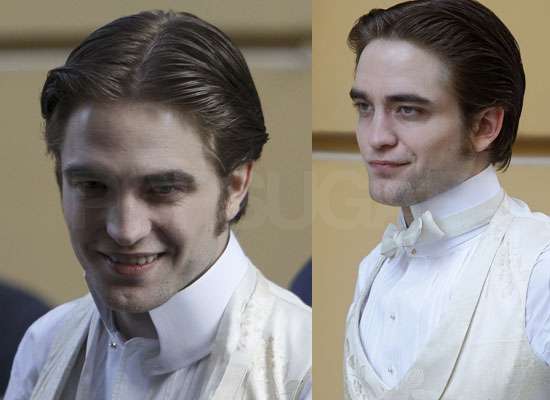