Breaking Dawn's screenwriter Melissa Rosenberg has revealed her plans for Renesmee's birth to be "intense" and "visceral". Melissa has spoken about this scene before, saying that while she thinks the childbirth should be on screen, she wouldn't want to go so far as showing "teeth in the placenta". It's going to be a big moment for Kristen Stewart, and Melissa said Kristen and Robert are excited to start. Speaking about the birth scene, Melissa said: 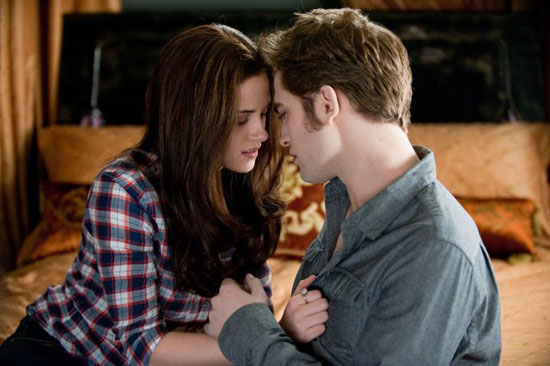 "[W[e're working on it to be as intense as it is in the book... I don't think it's about the amount of blood you show. It's about the intensity of it. It's on their faces. It's all from Bella's point of view when you're seeing what's going. It should feel visceral. I think it's going to be pretty intense."

The majority of you weren't in favour of the scene being cut entirely, and I'd love to know what you think of this latest development. Are you glad, or should it be toned down?