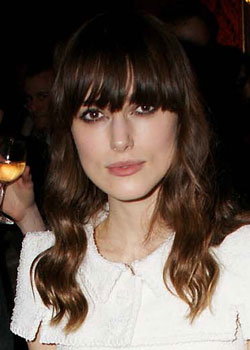 Keira Knightley is set to make her West End debut in December. She will play an American film star opposite fellow Brit Damian Lewis in Moliere's The Misanthrope, which is due to open at the Comedy Theatre on 17 December and run until 13 March. Keira has already started preparing for the role ahead of official rehearsals next month, and has reportedly been working with a voice coach and taking singing lessons to help with projection.

Set in modern-day London (rather than the original 17th century Paris), the play will be directed by Thea Sharrock, who directed Daniel Radcliffe in Equus. With Jude Law and Sienna Miller currently on Broadway, and Daniel Radcliffe heading that way too, I'm really excited that at least one of our major stars will be on stage in London, what about you?