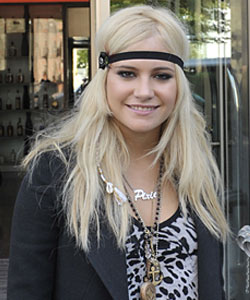 Pixie Lott has won the MTV Europe Music Award title of Best UK & Ireland New Act, and will now compete against the other 21 artists to be crowned Best European Act at the ceremony in Berlin on 5 November. Pixie beat Florence & The Machine, La Roux, The Saturdays and Tinchy Stryder to win the title, and although the majority of you would have preferred to see Florence & The Machine win, let's keep our fingers crossed Pixie will make it into the shortlist of five and ultimately reign supreme in the European category. I'm already getting excited to find out who will win and to see Katy Perry host the show, what about you?