Telstar — Nick Moran’s film about the life and death of the record producer Joe Meek — screened at the London Film Festival on the very same night Che premiered. Nick's film received support from stars JJ Feild and Pam Ferris, as well as more musically-known castmate Carl Barat, who was looking a little windswept as he walked the red carpet. Nick gave an informal speech to introduce the movie to the seated audience, and it's definitely something I'm curious to see. Are you? 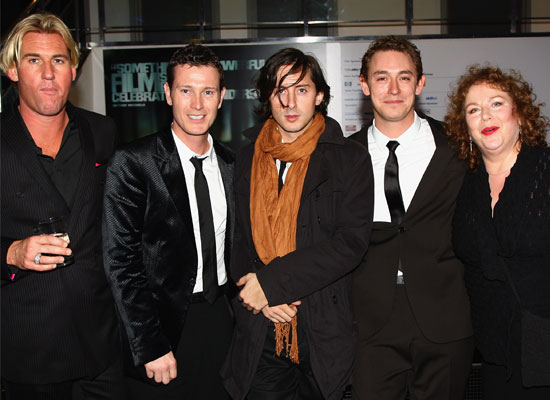