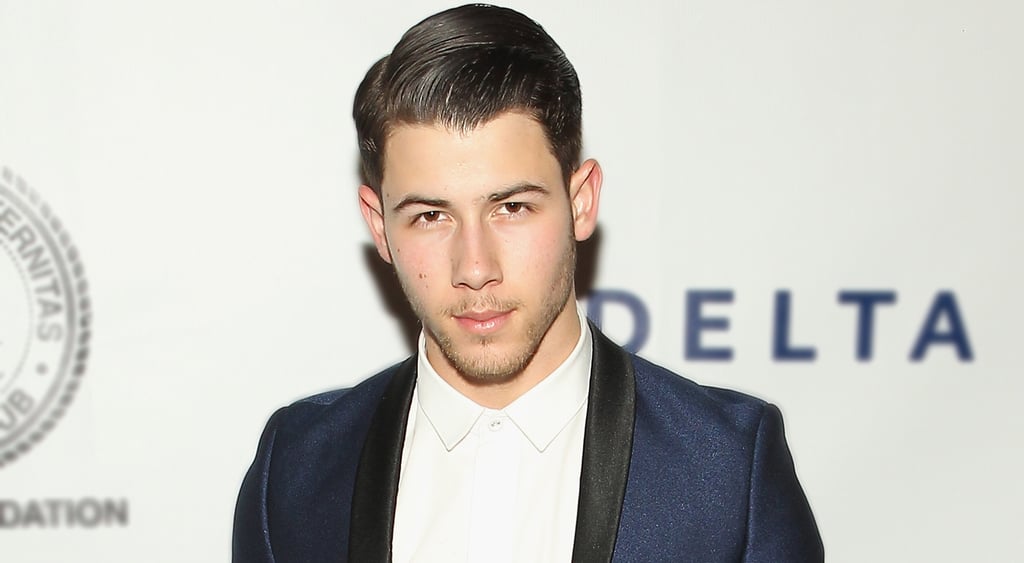 Nick Jonas is featured in the January issue of Rolling Stone, and inside the publication he talks about everything from partying with Taylor Swift to the possibility of a Jonas Brothers reunion. With his solo music career on the rise, a recurring role on Ryan Murphy's new horror comedy show, Scream Queens, and a hotter-than-ever look, Nick is already poised to have a huge 2015. Keep reading to see the latest quotes, straight from Nick himself.

On Taylor Swift's birthday party: "That was a fun night. Taylor threw a really good party. And I was pretty pumped about hanging out with Jay Z and Beyoncé. Talk about relationship goals!"

On those infamous Flaunt magazine photos and how big they got: "I had no idea. It just kind of happened, and now I have a lot of unexpected new fans. It was pretty interesting to watch it all unfold and travel in the way it did. It's resurfacing at the moment, as another male artist [Justin Bieber] has done a photo shoot similar to it. It's one of those things where I'm getting sick of looking at myself like that."

On being referred to as a gay icon: "I don't know if I'd necessarily call myself a gay icon. But my goal in the last year was to expand and grow as a person and an artist, and embracing my gay fans was a priority. Some of my gay friends have thanked me for that, and that's a really good feeling."

On reforming the Jonas Brothers: "I don't know. My life has changed so much in 12 months that I can't predict what tomorrow is going to bring, you know? It's hard to imagine saying 'never.' But for this moment in time that I'm in right now, I don't see that happening."

On his top role models: "Elvis, for sure. He was one of the first ones to do acting and singing at the same time, and he's obviously an icon. On top of that, I think that Justin Timberlake has done a good job of not only transitioning from where he started, but also balancing acting and singing."

On experimenting with rap: "You know, I've been known to drop a spoken-word bit into a song from time to time. But not straight-up rap. I don't know that I have that gift."