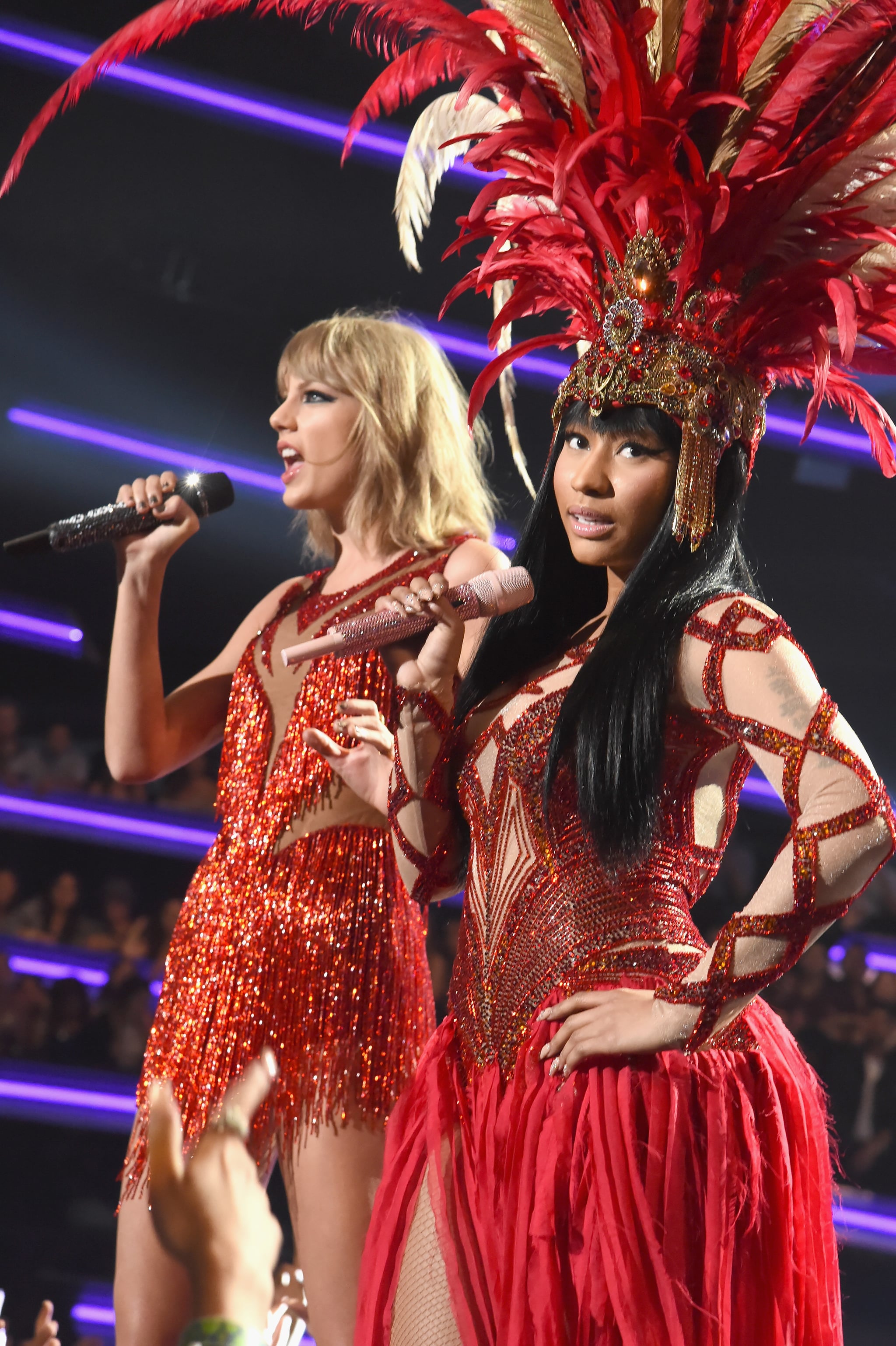 By now you're well aware that Taylor Swift released her new single, "Look What You Made Me Do" on Thursday. While the song itself is getting some mixed reactions from fans on social media, it only took Nicki Minaj about 40 minutes to let her feelings be known via Twitter.

Nigga sit down. Be humble

Yes, OK, perhaps Nicki was just taking the time to share her love of Kendrick Lamar's "Humble," but it's more likely that she was responding to Taylor's late-night return to the music industry. Nicki and Taylor famously got into it back in 2015 after the "Bad Blood" singer inserted herself into Nicki's narrative about "Anaconda" not receiving a nomination and accusing MTV of only rewarding videos that "celebrate women with very slim bodies." The two later made up on stage at the show, but seeing as Nicki popped up on Katy Perry's "Swish Swish" (which is directed at Taylor), it's pretty obvious that she's chosen a side.