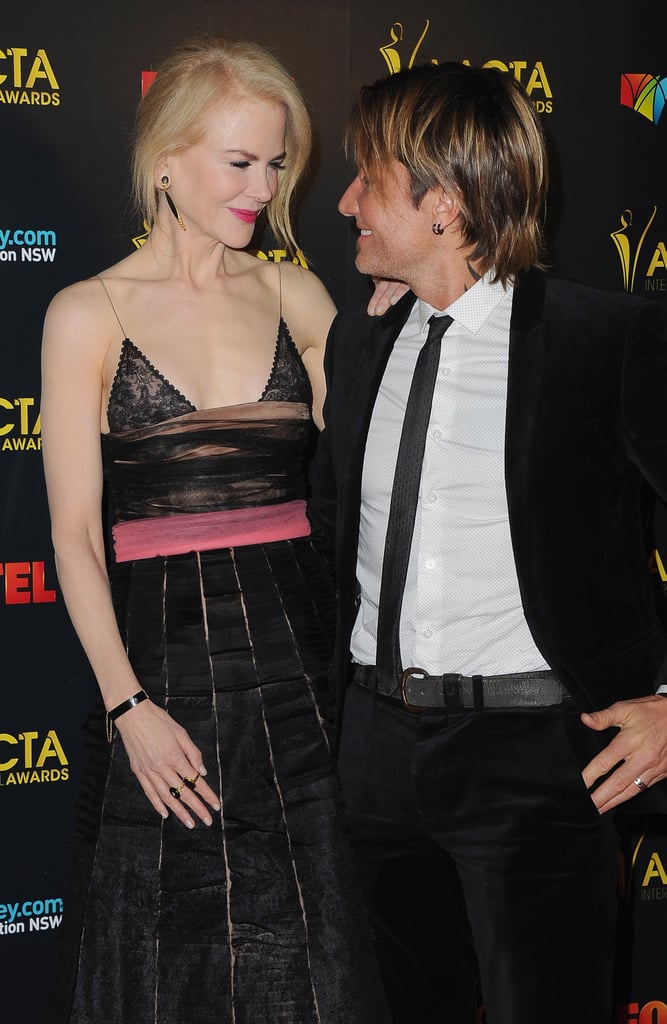 Keith Urban was on hand to support his wife, Nicole Kidman, at the 6th annual AACTA International Awards in LA on Friday night. The couple put on an affectionate display when they hit the red carpet at the Australian event, which celebrates the best films, performances, and filmmakers from around the world. It was an especially big night for Nicole, who took home an award for best supporting actress for her role in Lion. During her speech, Nicole gave Keith a sweet shout-out, saying, "And to the most beautiful man I've ever met, Keith Lionel Urban. He's got a gypsy heart, and travels the world where I go."

Earlier this week, Nicole spoke about what she and Keith tell their kids when they want to have sex during an interview with The Moms' Denise Albert and Melissa Musen Gerstein, saying, "[We tell them] Mommy and Daddy need to have kissy-kissy time." Now if only we could find someone to look at us the way Keith looks at Nicole.