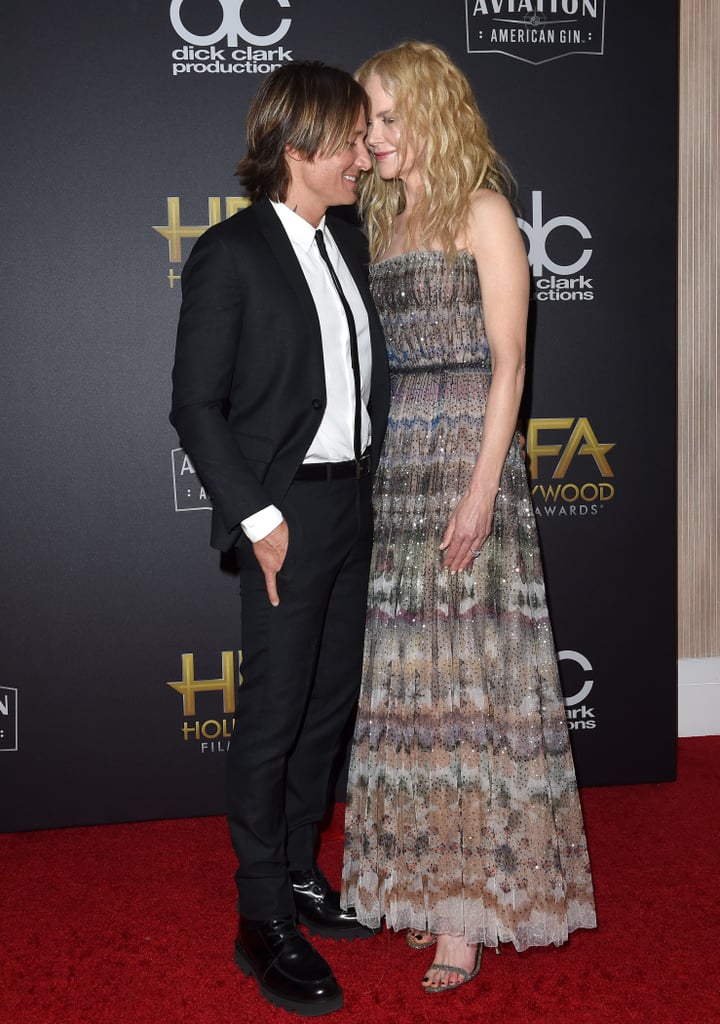 Nicole Kidman and Keith Urban have been inseparable since they first met back in 2005, and the two have never been shy of showing off their one-of-a-kind romance to the world. On Nov. 4, the couple stepped out in Beverly Hills for a glamorous night at the 22nd Annual Hollywood Film Awards — where Nicole was awarded the Hollywood Career Achievement Award — looking as loved up as ever.

Related:
Nicole Kidman and Keith Urban's Appearances This Year Have Been Filled With PDA

Back in June, Nicole and Keith celebrated their 12-year wedding anniversary, and it's clear that the two stars are still totally crazy about each other. Read on for more photos of their fun night together, and get ready to melt into a pile of mush.