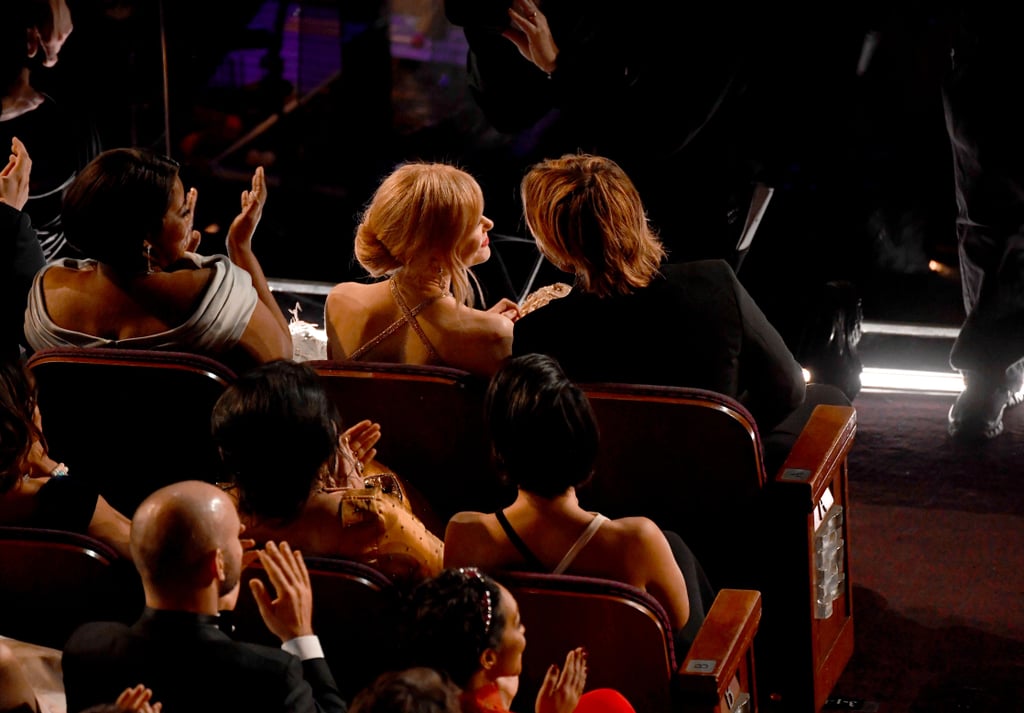 It's no secret that Nicole Kidman and Keith Urban love to show affection for the cameras. In fact, they've been making out and generally being adorable on red carpets since they first started dating back in 2005. Sunday's Oscars was no different as the couple brought the heat on their way into the Dolby Theater. But what might be even cuter is that the duo keep the PDA going even when they don't know for sure cameras are pointed their way. Keith and Nicole had their arms lovingly intertwined during the show, held hands backstage, and locked eyes more than once when they weren't focused on the stage. If that's not proof of true love, we don't know what is.