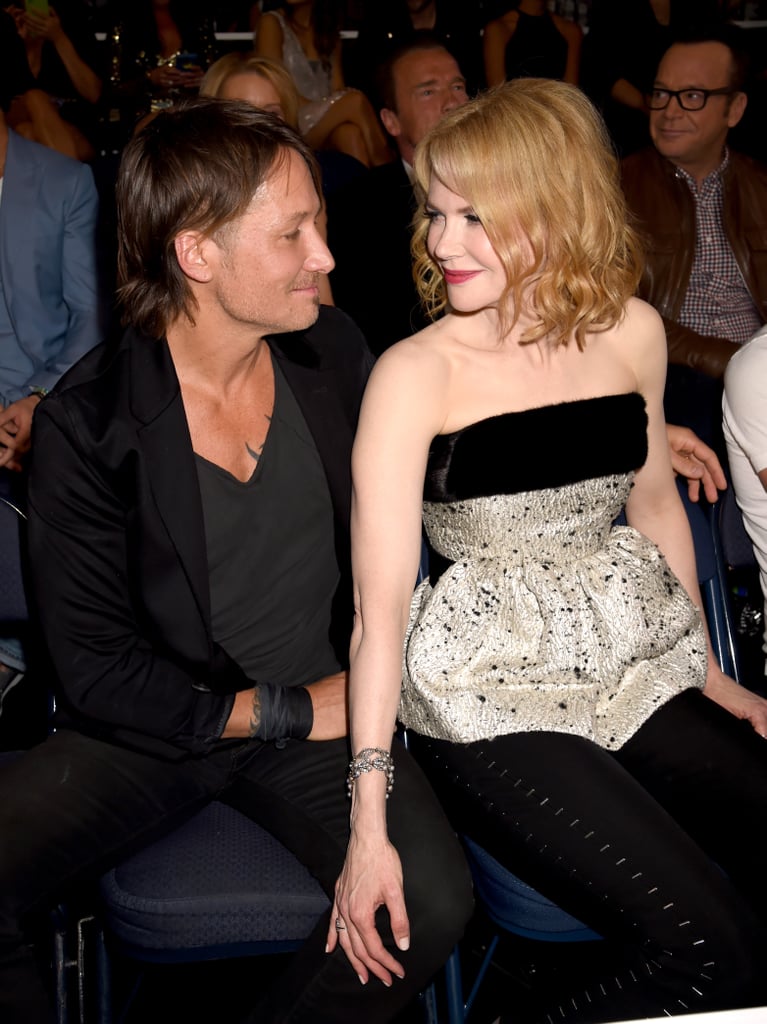 Nicole Kidman and Keith Urban are always so cute on the red carpet together, and Wednesday's CMT Awards were no exception. The couple, who are just weeks from ringing in their ninth wedding anniversary, had the look of love on the red carpet and took their sweet PDA inside the ceremony, staying close in their seats and smiling for pictures backstage. Keith took the stage to perform his new tune "John Cougar, John Deere, John 3:16" for the very first time, and the song's radio success proves that the Aussie country star will be just fine after the recent cancellation of American Idol, on which he served as a judge.

Though Nicole has multiple films in postproduction, it's been quite some time since we saw her out and about. Her now-infamous interview with Jimmy Fallon went viral back in January, and she also opened up about growing her family in an issue of Elle late last year, saying, "I had my last one at 43. My grandmother had her last at 49. Every month, I'm like, 'I hope I'm pregnant!''' Keep reading to see lovebirds Nicole and Keith at the CMT Awards.