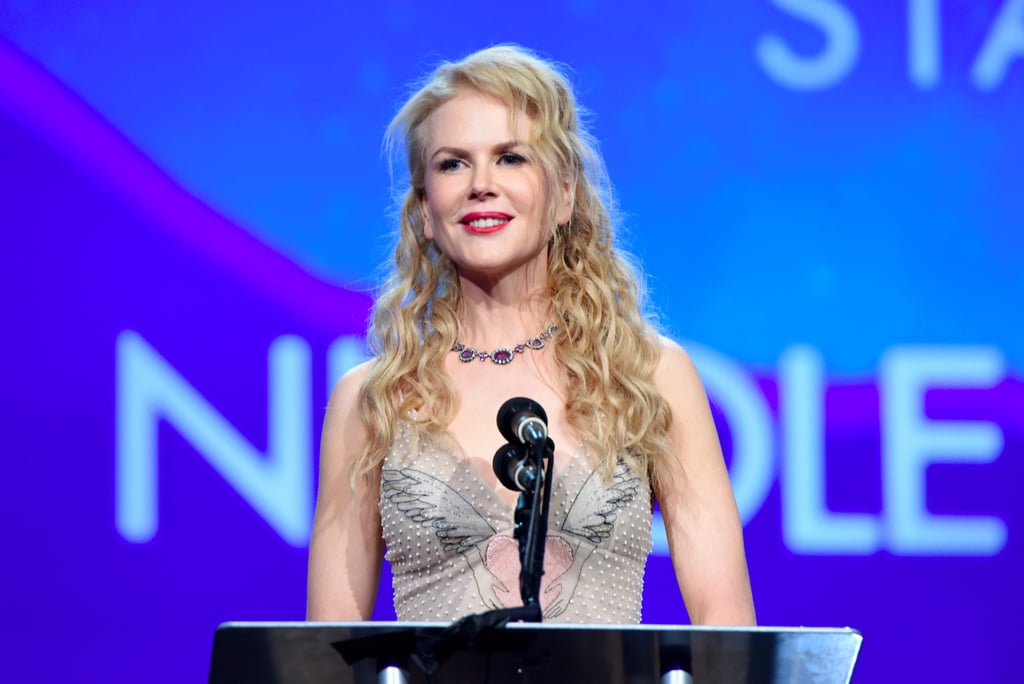 As Dev Patel presented Nicole Kidman with an award for portraying his mother in Lion at the Palm Springs International Film Festival gala, her own parents and children weren't far from her mind. "It's so lovely to be here," she told us on the red carpet. "I came here 12 years ago with my dad, so it's emotional."

Nicole's father passed away unexpectedly in 2014, and during her speech, she remembered the year they attended the gala together. She had just split from Tom Cruise at the time. "I was newly single and [my father] came with me as my date. He held my hand as we walked up the red carpet," she said. "And even though he's not here now a lot of great things have happened in my life in the last 12 years. I met the love of my life and I got married to him and I grew my family with him."

As Nicole took the stage, she also reflected on how the role in Lion related to her own experience as mother to two adopted children with her ex-husband, Tom Cruise: Isabella, 24, and Conor, 21.

"The role of Sue Riley so aligned with me, and as an adoptive mother, I suddenly had found this woman who was able to express feelings I didn't have the words for, and she was able to express it — as was the role. And that is a fantastic thing when that happens as an actor; when you find something that deeply aligns with the things that are inside you."