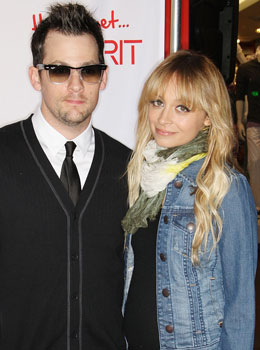 Nicole Richie and Joel Madden have become parents for a second time, after Nicole gave birth to a new baby brother for Harlow.

In the middle of night, the very early hours of September 9, 2009 Sparrow James Midnight Madden was born to Nicole Richie and Joel Madden.

He weighs 7lbs 14oz. Nicole, Joel, Harlow and Sparrow are all doing well. Thank you for all of your good wishes.