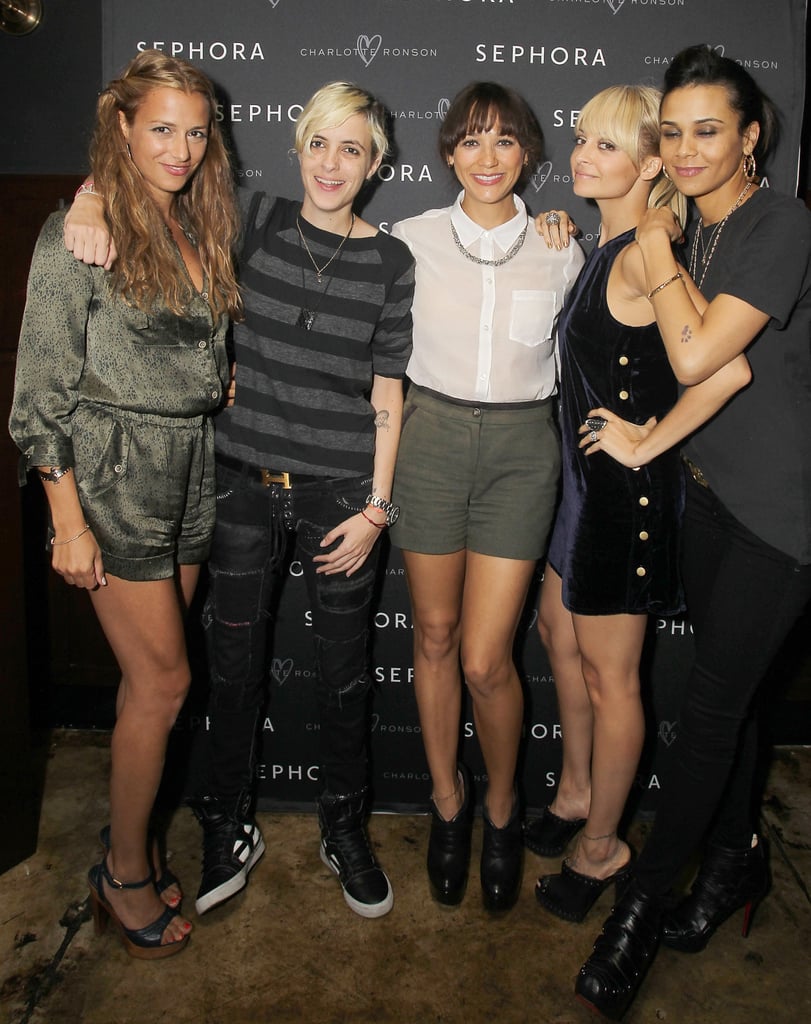 Charlotte Ronson had some of her closest loved ones, including her twin Samantha Ronson, Rashida and Kidada Jones, Nicole Richie, and Paris Hilton at the launch of Charlotte Ronson Beauty at Il Sole in LA last night. Charlotte's new makeup and hair care line will be sold exclusively at Sephora, and she collaborated with friends such as Nicole and Samantha on everything from the packaging to the colors to the product names. Mindy Kaling, Lake Bell, and Nicky Hilton were also among the partygoers. Nicole Richie chatted with her girls after composing a poem earlier in the day under the pen name "Nicole Richingway" in honor of her brother-in-law Josh Madden's birthday. Charlotte tweeted big thanks to everyone who came out for her event, which is just the latest of her star-studded bashes to celebrate her many lines.