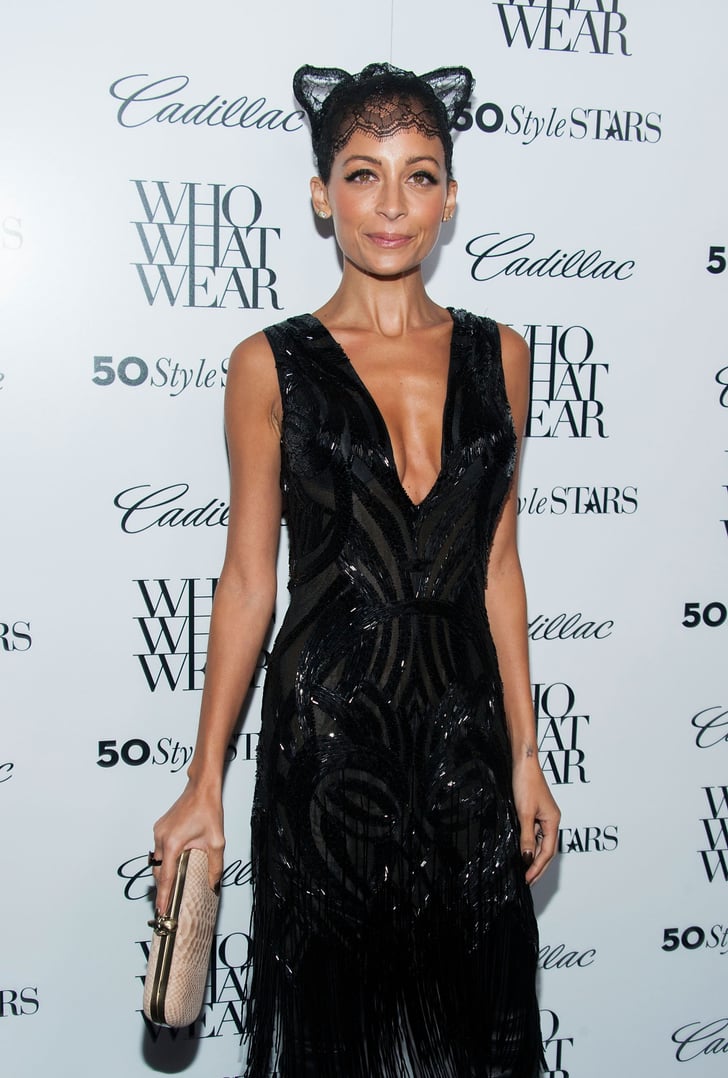 Who What Wear's 50 Most Fashionable Women of 2013 event brought out some of style's big guns, including a Wes Gordon-wearing Jessica Alba and a glowing, pregnant Rachel Zoe and her husband, Rodger Berman. However, Nicole Richie stole the show in a low-cut dress and lace cat ears. Before arriving for the soiree at the London Hotel in LA on Thursday night, Nicole gave a glimpse of her feline-inspired look in a photo posted to Instagram, where she posed with her younger sister, Sofia, and Jessica.

Nicole and Rachel were reunited at the party after having both attended the Annenberg Center Gala in LA last week. The duo mingled with another expectant star, Gwen Stefani, who confirmed her third pregnancy when she cradled her growing bump on the red carpet. The No Doubt singer seemed to have a ball at the bash and posed for a sweet bump-to-bump photo with Rachel.