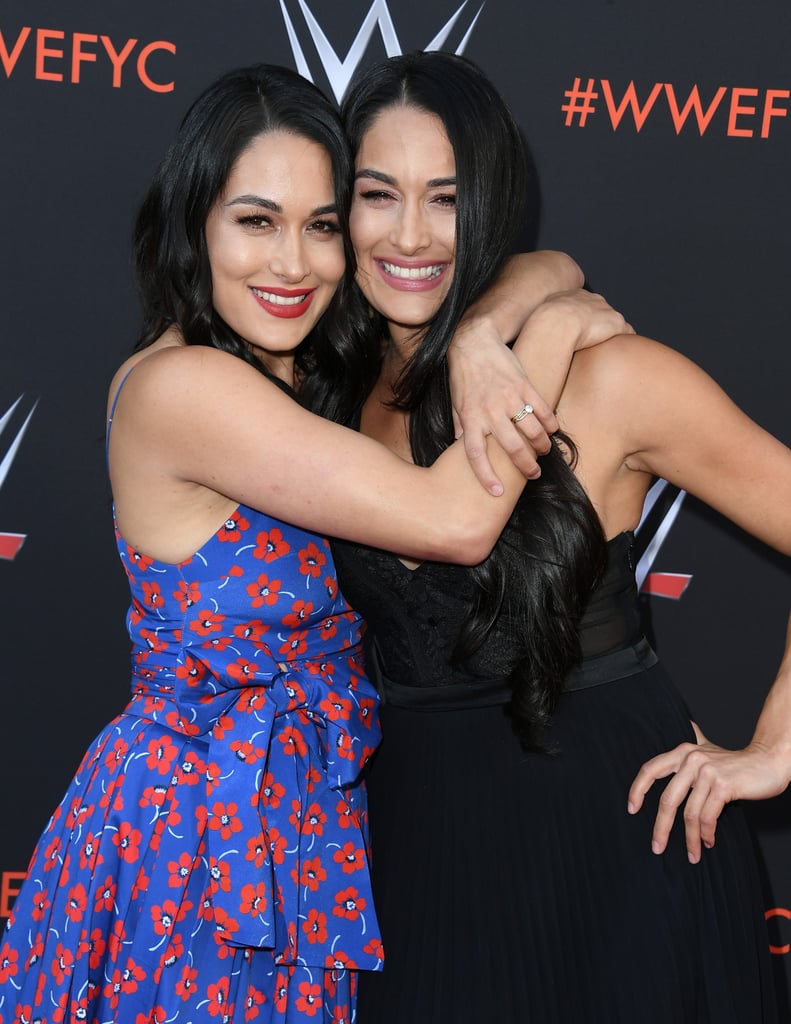 Despite previous reports, it looks like Nikki Bella and John Cena haven't gotten back together just yet, but they are trying to make things work. On Wednesday, Nikki and her twin sister, Brie, attended WWE's first-ever For Your Consideration event in LA, where Brie shed some light on the status of Nikki and John's relationship. "They're working on it," Brie told E! News. "They need time. They really need time to think about their futures and about what they want. It's been really hard on them both."

Nevertheless, Brie is still rooting for them. "I feel like there will be a happy ending," she said. "But I hope the happy ending is just them both happy . . . whatever path that leads them. I think I'm just so used to them and he's been in our family for the last six years. There might come a day where that will happen and it'll be weird for me at first, but I'll adapt."

Related:
Did John Cena and Nikki Bella Break Up Over Starting a Family? Here's What We Know

Brie also shared her thoughts on John's recent change of heart regarding fatherhood. "To hear the man you love say that, it makes you be like, 'Ugh, finally.' But also it's taken six years to want that and six years of hearing 'no, no, no.' So it's a lot for [Nikki] to think about," Brie explained. "There's just stuff they have to work out." Well, there you have it.