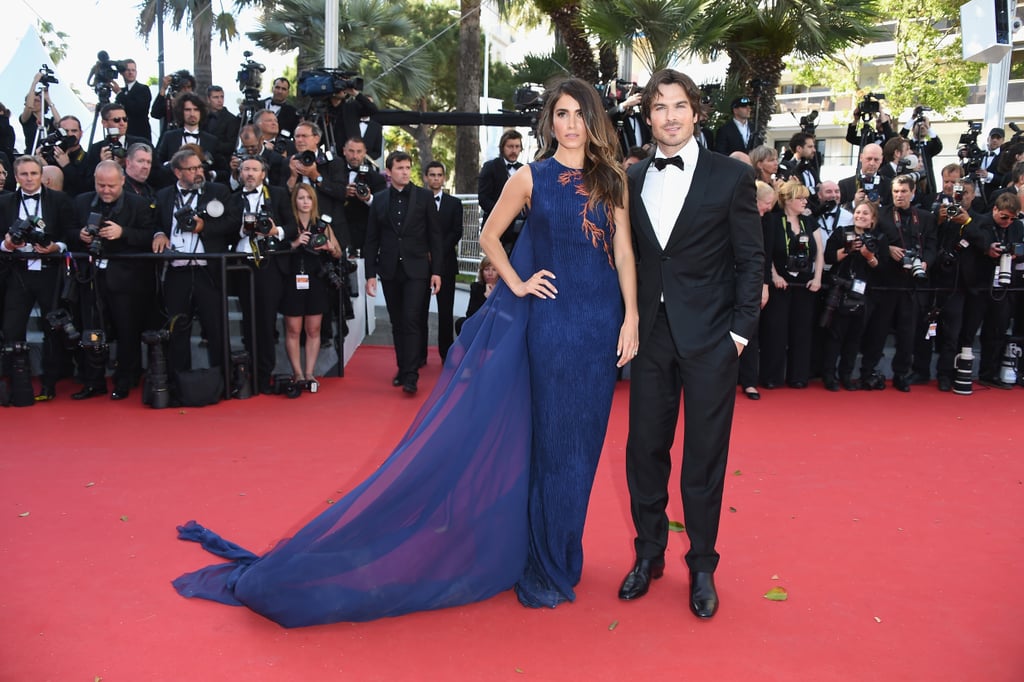 Ian Somerhalder and Nikki Reed may have just spent weeks travelling the world for their honeymoon, but they were back on the go on Wednesday when they made the trip to France for the Cannes Film Festival. The newlyweds touched down at the airport in Nice in the morning and hours later stepped out on the red carpet for the premiere of Youth. Nikki wore a blue Azzaro Couture gown while Ian went with a classic tuxedo. Despite the excitement of the film festival and the fact that Nikki turned 27 on Monday, the couple kept pretty straight faces as they made their way toward the grand staircase. See even more stars at Cannes as the big event continues this week.