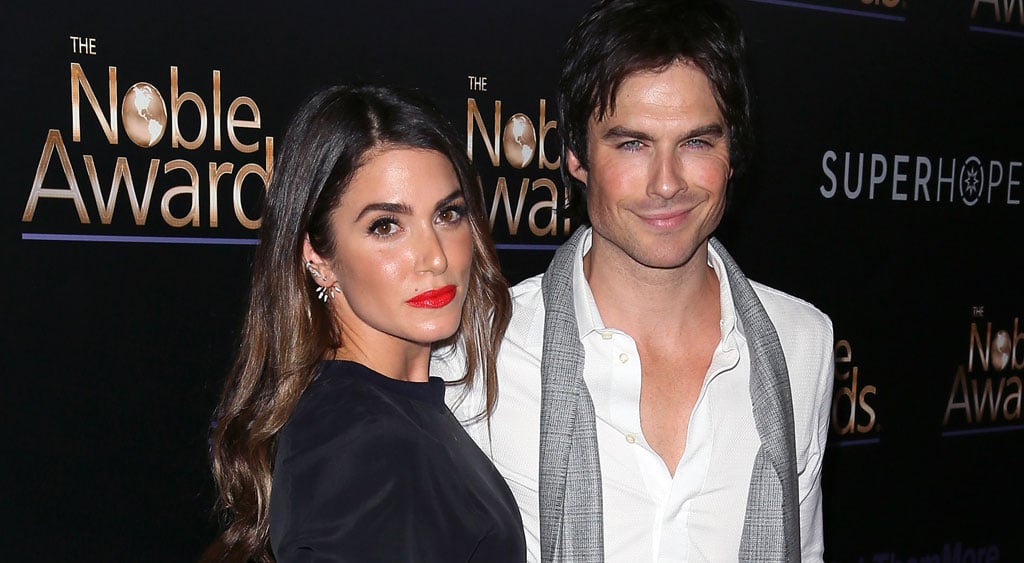 Nikki Reed and Ian Somerhalder are officially married after quietly tying the knot in Malibu, CA, on Sunday. People reports that the ceremony appeared to take place in Topanga Canyon, where Nikki wore a fishtail dress and Ian wore a white suit with a blue tie. The special day also featured white flowers and twinkly lights strung in the surrounding trees. Ian hinted at the wedding on Sunday, tweeting, "Most beautiful morning ever."

most beautiful morning ever...

The ceremony comes less than one year after the couple was first spotted getting cozy at a farmers market together last July and almost four months after news of their engagement broke in January. And the couple's romance has always seemed to be extremely fast-paced. They adopted a horse named Eagle in August and recently started a production company together. They were most recently spotted engaging in sweet PDA at Coachella in early April. Congratulations to the happy couple!