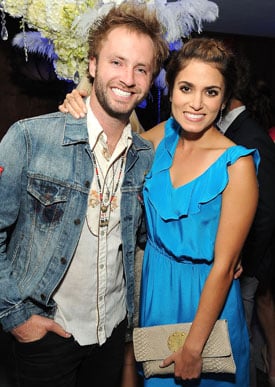 Nikki Reed and Paul McDonald wed in a private ceremony earlier today. The couple were joined by 100 friends and family in Malibu where they exchanged vows. Nikki's rep released a message from the newlyweds saying, "We couldn't be happier! [We were] surrounded by our family and friends. We're so glad this day has come!" Nikki and Paul met in March at the Red Riding Hood premiere and then surprised fans when they announced their engagement at June's MTV Movie Awards. The timing of the nuptials comes just one month before Nikki sets out on her latest international media tour for Fall's highly anticipated blockbuster Breaking Dawn: Part I. Congrats to Nikki and Paul!