Infidelity is at the center of the trailer for Nobody Walks, an indie drama cowritten by Ry Russo-Young and Lena Dunham. In the film, John Krasinski and Rosemarie DeWitt play Peter and Julie, a married couple who are each tempted by other people. For Peter, the object of his extramarital admiration is Martine (Olivia Thirlby), a young filmmaker who's staying with Peter and his family while he helps her with a project. The free-spirited artist isn't the only threat to Peter's marriage; his wife, Julie, is a therapist who may be getting too close to a patient (Justin Kirk), and it's unclear whether Peter and Julie's relationship will be able to survive. 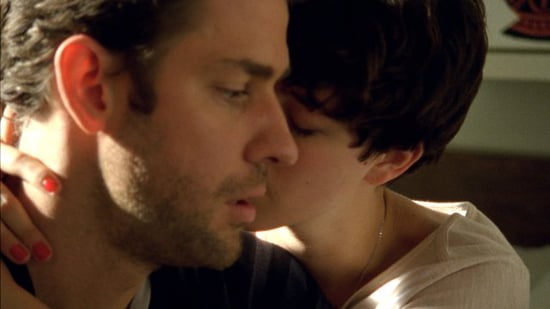 It's a little disconcerting seeing Krasinski as a man on the verge of an affair, but I do like seeing him out of The Office and involved in a drama. On the same note, I'm also curious to check out another project from Dunham after enjoying the first season of Girls so much, especially since this seems more mature. Nobody Walks premiered at this year's Sundance Film Festival, but you can check it out yourself on Oct. 12 and watch the trailer after the jump.