Those men from The Mighty Boosh, Noel Fielding and Julian Barratt, were signing copies of their book in London yesterday. The Mighty Book Of Boosh is a weird and wonderful journey through the caverns of the duo's minds, with stories written by the characters, photos from the set and some fab original artwork by Noel too. The two are also working together on a movie called The Bunny And The Bull, so it looks like we'll get a chance to see a lot more of the comedy duo next year. Don't expect tons of star cameos though, Noel said: "I hate those films where there are just loads of pointless cameos. There'll be some cool people." So, will you be adding a copy of their book to your Christmas list? 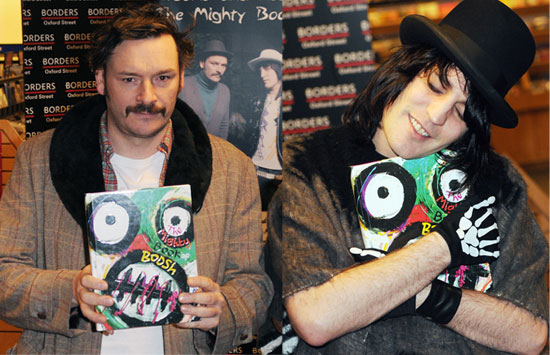