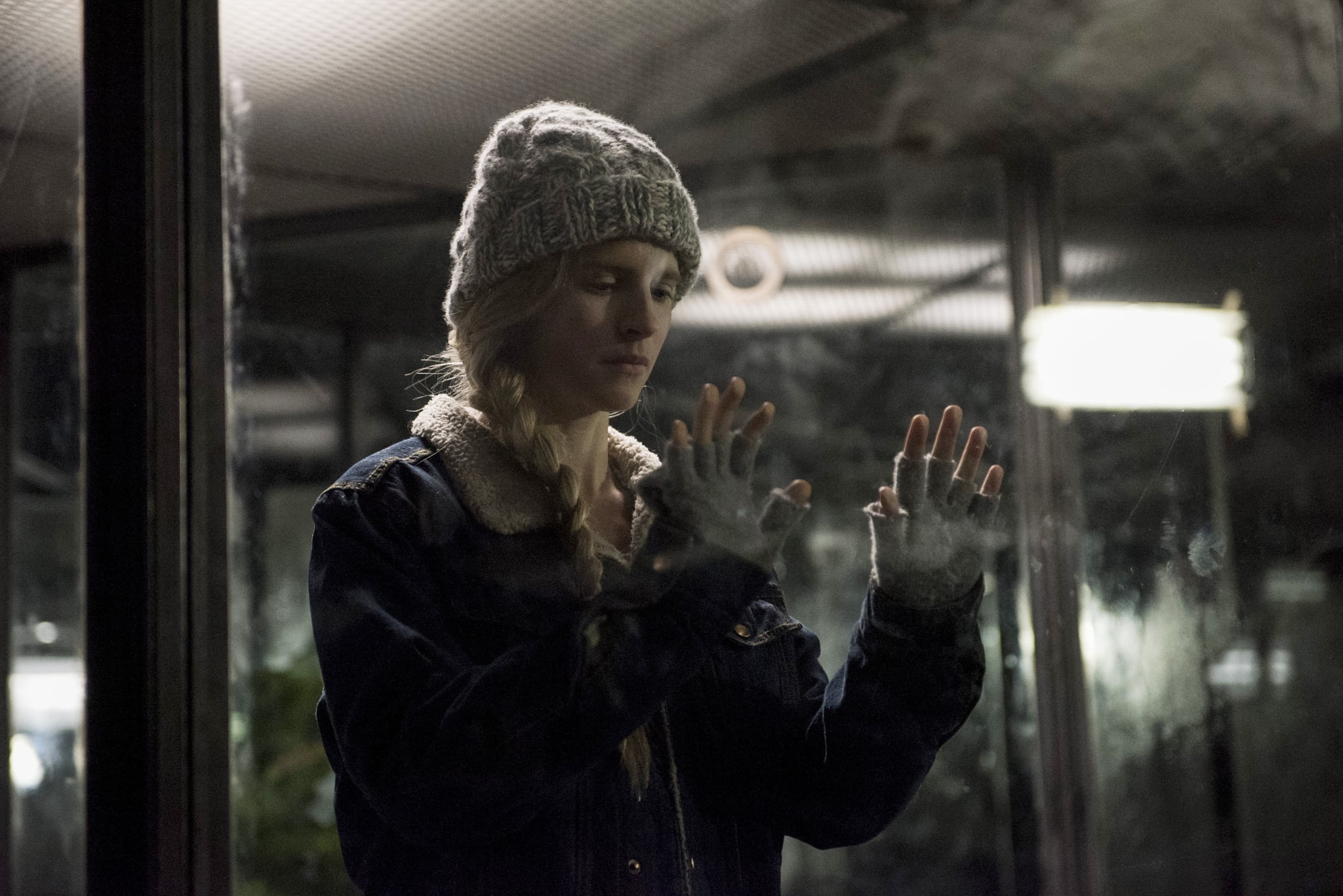 Spoilers for the entirety of The OA's first season below!

When Netflix dropped its latest original series, The OA, with barely any warning on Dec. 16, it seemed primed and ready to take over for Stranger Things as everyone's new binge-worthy sci-fi obsession. There are a lot of similarities between the two shows, but at the end of the day, The OA is something else entirely, and not necessarily in a good way. Brit Marling and Zal Batmanglij cocreated the show, which stars Marling as a once-blind young woman named Prairie who reappears after a seven-year-long abduction having regained her sight. Not only that, but she's also armed with a nearly unbelievable tale of why and how she was brutally imprisoned, which she tells piece by piece to her five new friends: four very different teenagers who live in her neighbourhood, and one very desperate teacher (the incredible Phyllis Smith) from their high school.

While the structure of Stranger Things plays out much like the countless commercial '80s flicks it strives to embody, The OA waffles on whether or not it wants to have that same kind of mass appeal. It's brilliantly original and visually stunning, to be sure, but by the last three episodes, its intriguing premise isn't enough to support the show's plodding pace, poorly written supporting characters, and absolutely ridiculous final act, which is completely centred around really bad, really cringeworthy interpretive dance — interpretive dance that can cure ALS, stop school shooters, and open dimensions into alternate realities. Yeah.

The show begins with Prairie telling the group that she spent the first years of her childhood in Russia as the daughter of a wealthy oligarch. After her school bus careens off a bridge, she has a near death experience while drowning in the lake, but her father is able to revive her, though she's lost her sight. After that, she's shipped off to America and adopted by an older couple named Nancy and Abel. Years later, on her 21st birthday, she runs away to New York City in an attempt to find her father, but is instead abducted by Dr. Hap, who is conducting terrifying, terrible experiments on people who've had near death experiences. He locks her in a basement with three other unfortunate NDE-ers and takes turns drowning and reviving them day after day to try to find proof of an afterlife. During a botched escape attempt, Prairie gets hit on the back of her head and gets her sight back.

This is where things really start to fall apart: these routine drownings give Prairie and her companions brief glimpses into their own versions of the afterlife, where the "angels" they encounter gift them with five complex dance routines that will supposedly — when done by five people in unison — open a portal to another reality, leaving the prisoners safe from Hap's grasp. Yes, dance routines that involve hissing at each other and look like this:

Hap realises what they're doing after he sees them use the dances to heal a woman suffering from ALS (I wish I was making this up), but he doesn't want Prairie to be a part of it. He drops her off in the middle of nowhere and takes the rest of the group somewhere else. Back in the present timeline, Prairie teaches the dances to her new friends, telling them that once they learn, she'll be able to climb through an interdimensional wormhole and reunite with her friends. Unfortunately things don't go according to plan. Before the group can formally complete the dance for Prairie, a student walks into their high school cafeteria in the middle of lunch with a machine gun and starts shooting. When confronted by an armed gunman, a typical response might be to run away screaming. You know what Prairie's merry band of misfits decide? We should dance. We should dance the dangerous shooter right out of our school.

A cafeteria worker takes advantage of the gunman staring dumbfounded at them and tackles him to the ground. He gets off one last shot, which lands squarely in Prairie's chest, and then she wakes up in an all-white room. Is it heaven? Is it the alternate reality she was trying to find? Who cares, because this scene is stupid, offensive, and doesn't make sense. If Marling and Batmanglij wanted to make some kind of profound, transcendent statement about life, death, and the human experience, they could have done it without capitalising on our country's rash of school shootings. It's a cheap ploy to wring emotion out of the viewer, and it's poorly done. The scene, and the gunman, come literally out of nowhere. We've never seen the shooter before, nor do we have any idea what his motives might be. Much like the supporting characters performing in the scene, everything about the finale episode lacks a startling amount of depth, and it undercuts the emotional impact Prairie's "death" is supposed to deliver.

It's worth noting that without the ill-conceived flash mobs, the cliffhanger, and the somewhat-jumbled storylines, The OA isn't completely terrible. Marling is hypnotising, and costar Emory Cohen (one of the captive NDE-ers) gives an unforgettable performance. Elements of the show are compelling, refreshingly weird, and offer a break from the monotony of cable procedurals. It's unfortunate that it all falls apart so spectacularly in the last handful of episodes. Here's hoping Netflix can iron out these issues in the show's second season, or at least hire a new choreographer.