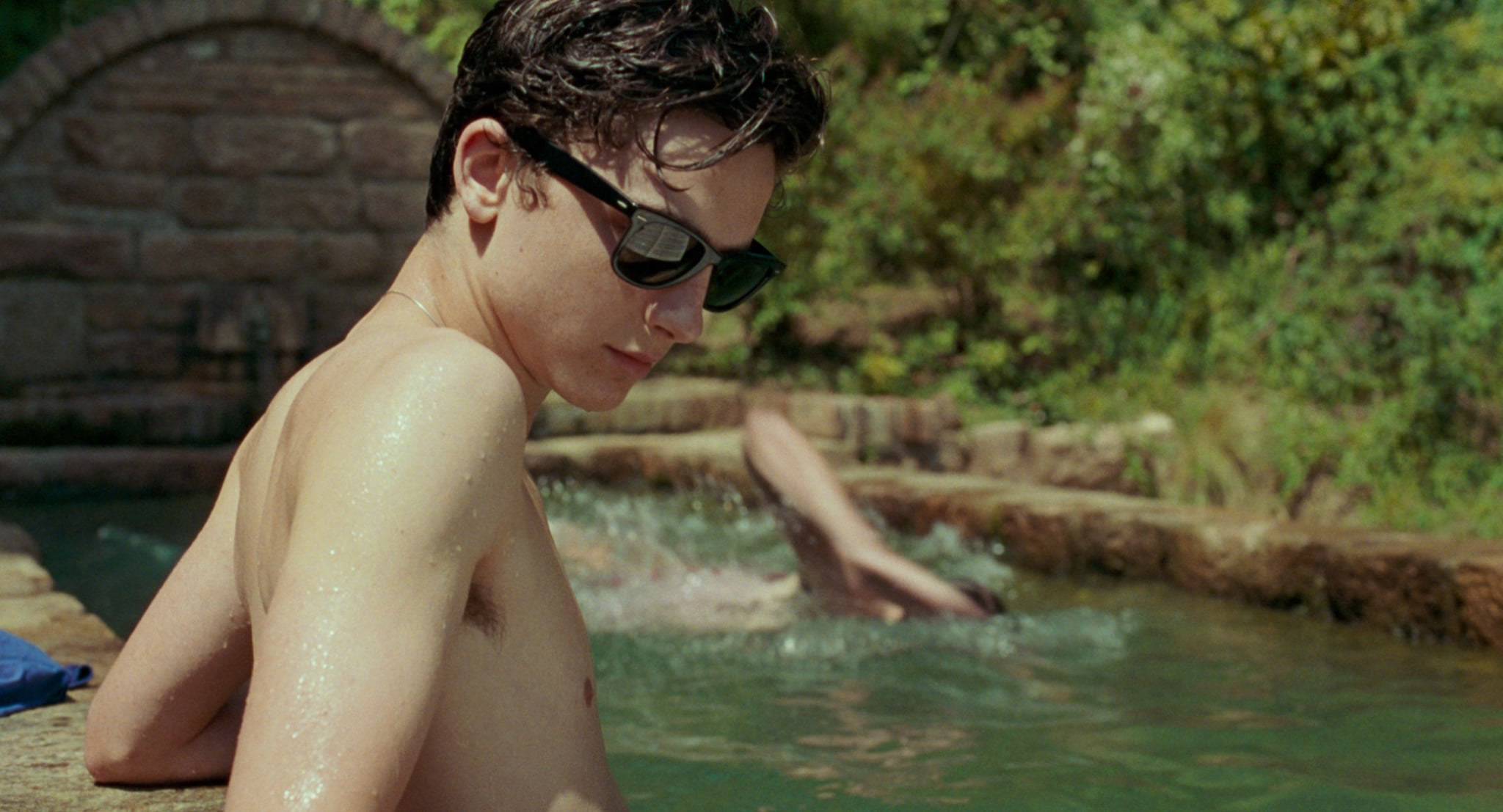 Call Me by Your Name tells the tale of a powerful romance between two men during a fleeting Summer in Italy. The new film is an adaptation of the 2007 novel of the same name by André Aciman. While there are overt aspects of the film that really help it shine — the remarkable performances of fresh face Timothée Chalamet and the lovely Armie Hammer and the dreamy soundtrack are immediate standouts — there's plenty of beauty to be found in the film's smaller details.

Having read the book, I couldn't help but notice a small detail that seemed to bleed into the onscreen adaptation. The paradoxical nature of the detail is that it informs Oliver's character, but it's not ever directly mentioned in the film. So, if you haven't read the book, it goes right over your head. In the many swimming scenes, Oliver (Hammer) wears swimming trunks of varying colours. Sometimes, he's in green. Sometimes, yellow. 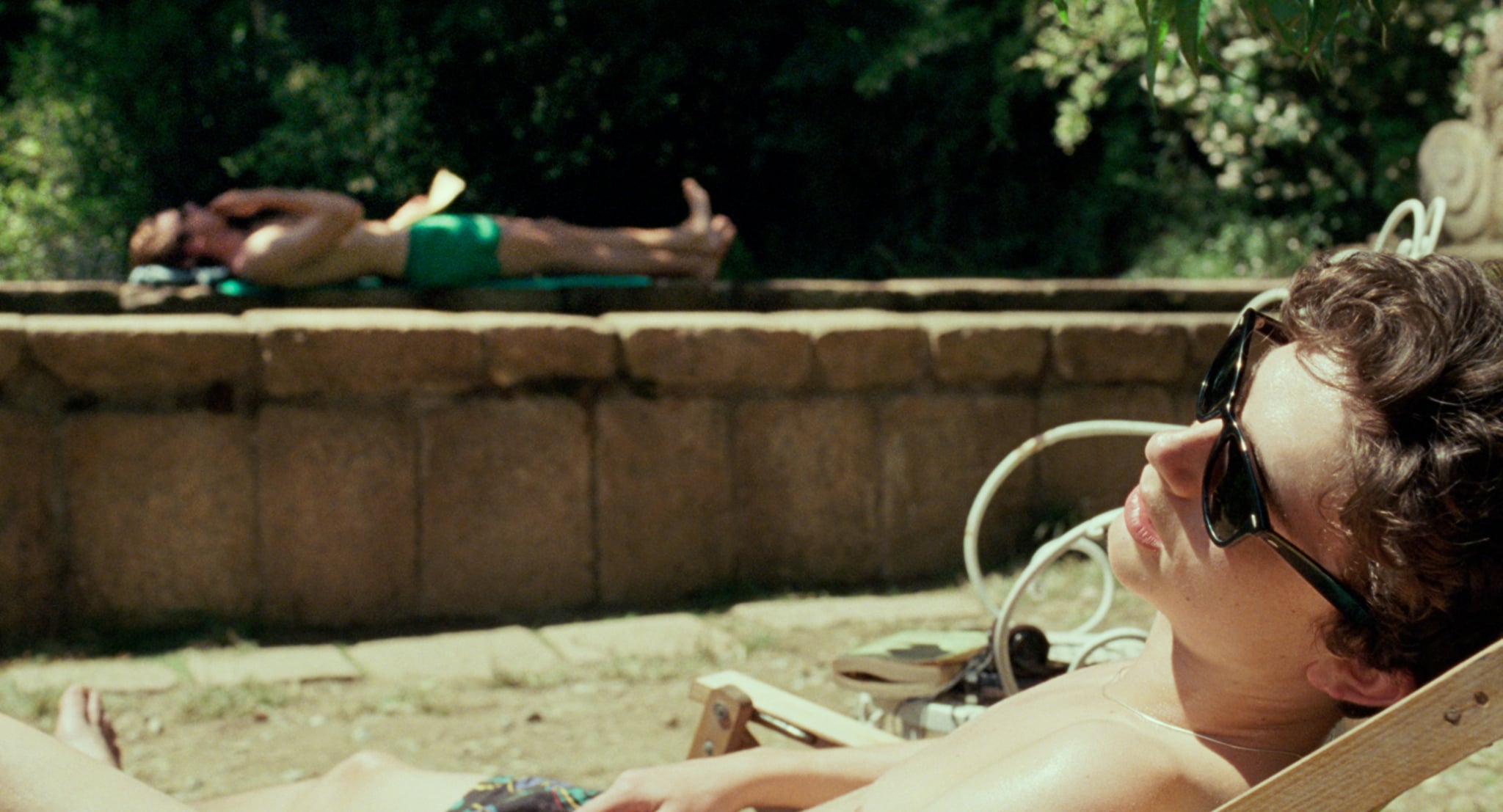 The thing is, Oliver's choice of swimwear colour is, allegedly, supposed to give away what's going on inside his head. In the novel, Elio develops a little theory about Oliver's trunks. Whatever colour he's wearing on any given day directly informs how he might act.

He had, it took me a while to realise, four personalities depending on what trunks he was wearing. Knowing which to expect gave me the illusion of a slight advantage. Red: bold, set in his ways, very grown-up, almost gruff and ill-tempered — stay away. Yellow: sprightly, buoyant, funny, not without barbs — don't give in too easily; might turn to red in no time. Green, which he seldom wore: acquiescent, eager to learn, eager to speak, sunny — why wasn't he always like this? Blue: the afternoon he stepped into my room from the balcony, the day he massaged my shoulder, or when he picked up my glass and placed it right next to me.

Contrary to the book, Oliver is actually wearing a pair of green trunks in the scene where he tries to give Elio (Chalamet) a shoulder message. It's the same scene as the one that appears in the official trailer, when Oliver is playing volleyball while Elio's friend Marzia says, "He's better than the guy who came last year." Even so, you can see how the "green" Oliver described in the book matches the Oliver in the scene. Here, Oliver initiates contact with Elio. He's open-hearted, vulnerable, and testing the waters. He tries to create some kind of connection, both physical and emotional, which Elio (literally) shrugs off.

In a later scene, Oliver asks Elio to play some music for him on the piano. Here, wearing yellow, Oliver seems to be feeling out the interaction with Elio, and cautiously so. There are plenty of other swimming scenes sprinkled throughout the movie, and each time, it's fun to use those trunk as a way of placing Oliver emotionally. 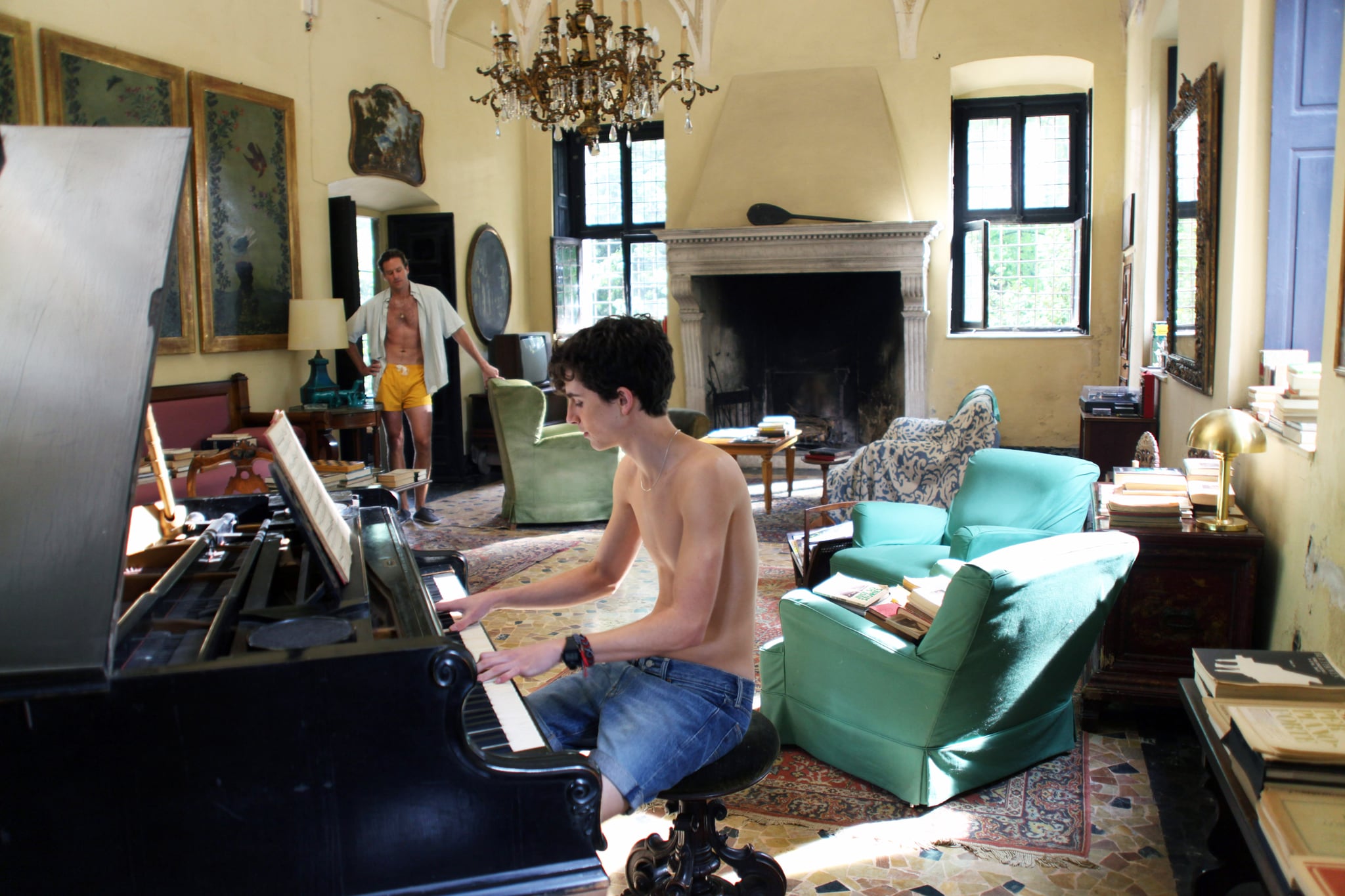 Recently, I sat down for an interview with the film's visionary director, Luca Guadagnino. When I asked about the swimwear, he admitted that there was a rhyme and reason to Oliver's colours in the film. "In the script before my last one before shooting, there was a lot of routine about the swim[suit]s, and there was a voiceover talking about how the swim[suit] changed the character of Oliver, the way he behaved. But again, I left just touches of the colours. And we did the same with other stuff. Touches. Little touches that can encompass a texture, but not too much literality."

With this admission, Guadagnino opens a whole new realm of possibilities for interpreting the film. Sure, there's a beautiful, budding romance on the surface. But underneath, there are layers and layers that depict the small breadcrumbs that portray the kind of love anyone is lucky to experience at least once. It's details like this that will have fans returning to watch the film again and again.