Olivia Wilde was in NYC yesterday to be officially introduced as a new global ambassador for Revlon. She broke from working on the Big Apple set of The Longest Week, which she's shooting with Jason Bateman and Billy Crudup, to talk about the "cool honor" of nabbing a beauty contract with a brand she loves so much. Olivia Wilde's makeup tips were the main topic of discussion, but she also told us about what's on her holiday wish list and how she plans to wrap up her 2011. She said:

PS: We all dream for that! Any specific beauty products?
OW: "I don't know if it's on my wish list, or something I should just go and get — there's these eye drops! Have you seen eye drops, which have wasabi in them? Unless someone was pulling my leg, and they don't actually have wasabi in them. They're really great . . . They wake you up — fast! — and they make your eye feel really cool. A lot of makeup artists on fashion shoots have been using them. The funny thing is, they say, that people first think their eyes are burning, and then they scream. Then if they wait a minute, they realize that they're really cooling! That's actually a beauty thing that you don't think about often, is to have good eye-drops in your bags. Particularly if you're working a 16-hour day and you need to take your look all day long."

PS: How are things going on the NYC set of The Longest Week with Jason Bateman and Billy Crudup?
OW "I'll be here until Christmas doing that. And it's a great fun, little movie. It's so nice to work in Manhattan, too. It's such a dream. I've always been looking for a movie that will keep me here at home. Manhattan's a great place to work because you can have an hour off to do something — take a class, go get something done, eat food where you really want to eat food. It's a dream. It's been a lot of fun. And then in the New Year, I shoot a movie in LA!" 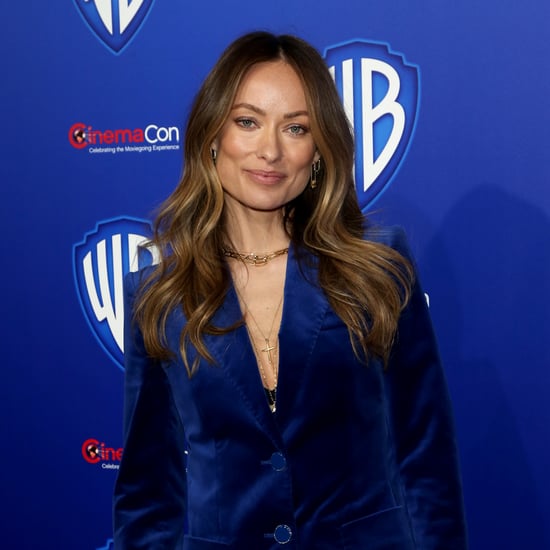