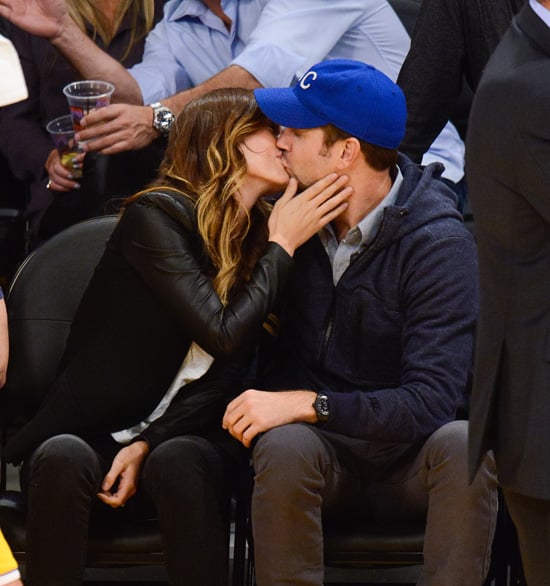 Olivia Wilde and Jason Sudeikis packed on the PDA when they sat courtside at the Lakers game against the San Antonio Spurs yesterday in LA. Their game kiss marked their first public appearance together since announcing that they are expecting their first child. Last weekend, Olivia revealed that she's pregnant right after attending a Kanye West concert with Jason and pal Kristen Wiig in LA. Olivia debuted her baby bump at the Courage in Journalism Awards in Beverly Hills on Tuesday, but Jason did not attend the bash with the future mother of his child. 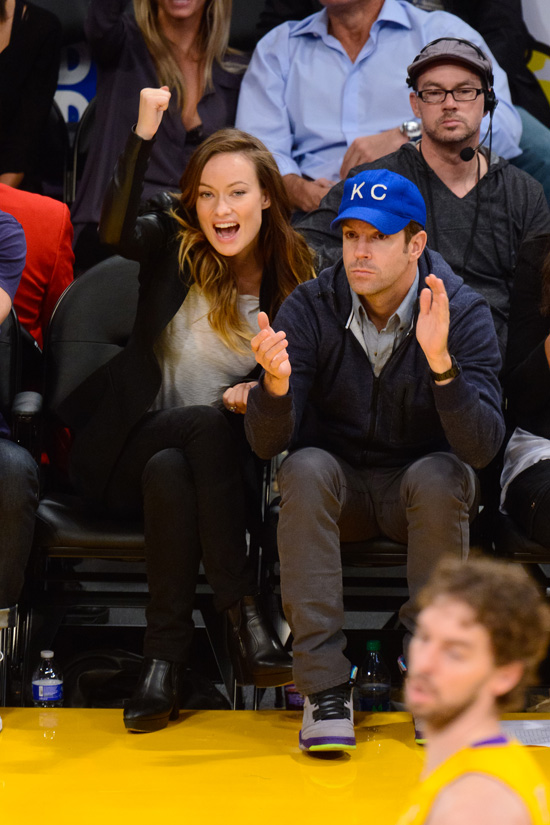 Olivia and Jason are no strangers to showing PDA while watching basketball games. The two regularly kiss, snuggle, and joke around while sitting in courtside seats. 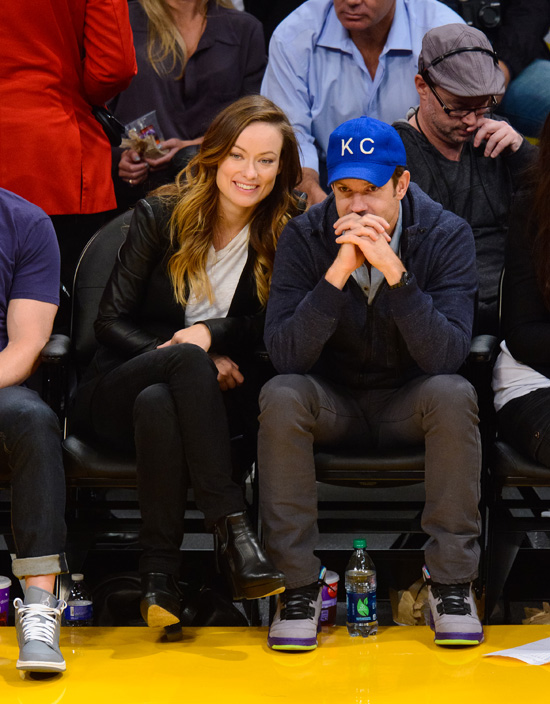