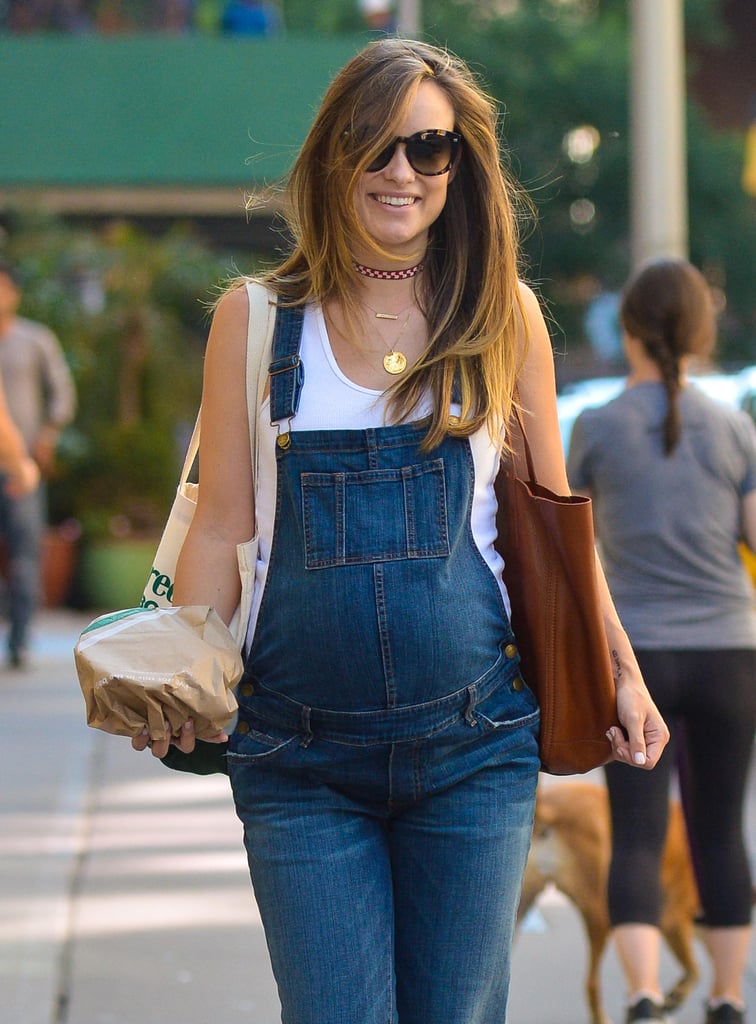 Olivia Wilde had a pretty busy weekend. On Friday, the actress was spotted picking up lunch in NYC sporting a cute pair of dungarees that barely contained her baby bump. The following day, Olivia hit the stage at the Global Citizen Festival in Central Park, where she covered her growing belly in a printed dress while meeting up with Emma Stone and introducing a performance by Kendrick Lamar. Olivia shared a photo of herself from the event on Instagram, writing: "Bringing the bump out to 60,000 Global Citizens to introduce my all time 🙌 KENDRICK LAMAR.#lookbothwaysbeforeyoucrossmymind."

Between bopping around the city and bobbing her head to Kendrick Lamar, Olivia also revealed the sex of her second child with fiancé Jason Sudeikis — while simultaneously taking a jab at presidential nominee Donald Trump. "As someone who is about to have a daughter, this hits me deep in my core. #NeverTrump," Olivia tweeted on Saturday, along with Hillary Clinton's latest campaign ad. The baby girl will join the couple's 2-year-old son Otis.