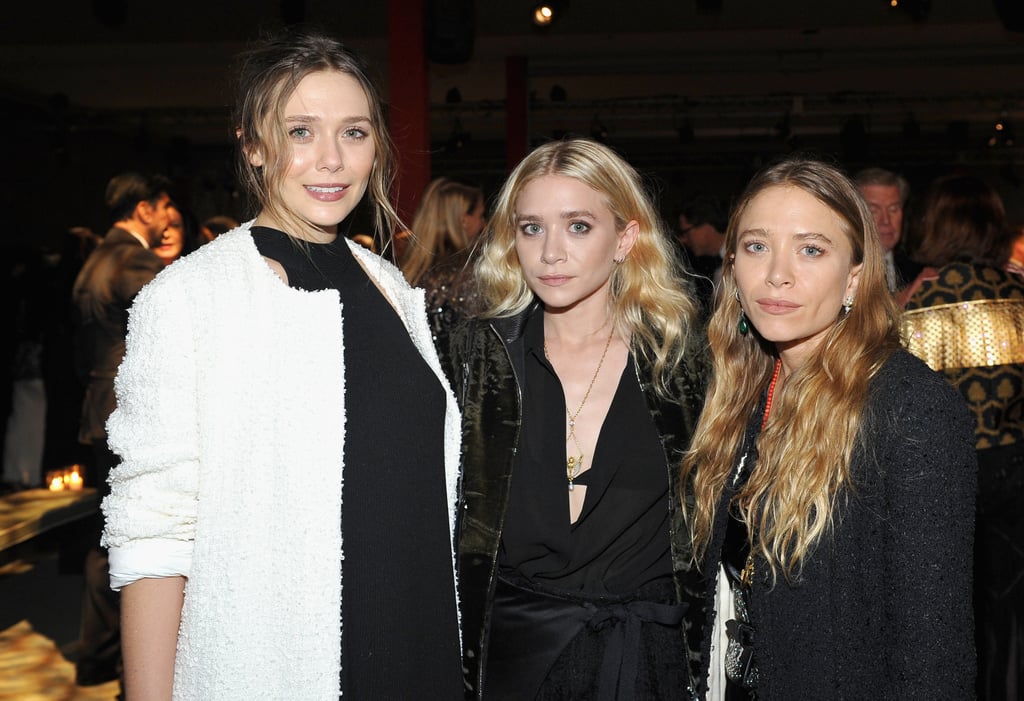 Ashley, Mary-Kate, and Elizabeth Olsen stepped out together at the 2016 LACMA Art + Film Gala, honouring Robert Irwin and Kathryn Bigelow, in LA on Saturday night. In a rare appearance, the trio, who donned matching ensembles, posed for photos together and stayed close throughout the event. While we haven't seen all of the girls together since they attended an Elizabeth and James party in July, Elizabeth recently popped up at the American Ballet Theatre fall gala and Ashley and Mary-Kate were seen enjoying a relaxing holiday in Antibes, France, earlier this month. Ashley has also been making headlines as of late for her rumoured new romance with a man named Richard Sachs. While the designer has yet to comment on the speculation, the two were spotted at a Spin class together on Friday.