Don't think that just because Katherine Heigl is playing a bounty hunter in One For the Money that she's left her romantic comedy clichés behind. Heigl stars as Stephanie Plum, a New Jersey native who loses her job in retail and ends up working for a family member who's a bail bondsman. One of her first assignments is to nab a man, Joe Morelli (played Terra Nova's Jason O'Mara), who has skipped out on his bail bond. Even though Morelli is Stephanie's mark, he just so happens to be her ex. (Sounds an awful lot like The Bounty Hunter, no?) 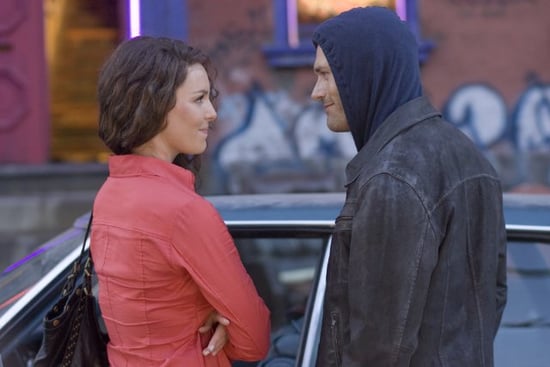 Even though Heigl is treading in familiar territory, at least her character is a bit of a stretch from what we usually see from her — she's a tough-talking Jersey girl prone to whipping her shirt off if need be. From the trailer, the movie is entirely predictable, but fans of the book by Janet Evanovich will probably be curious to see Heigl as Plum. Check it out for yourself when you keep reading.

One For the Money Trailer: Katherine Heigl Is a Bounty Hunter With an Attitude, Jersey Accent  originally posted on POPSUGAR Entertainment News
MoviesOne For The MoneyJason O'MaraMovie TrailersKatherine Heigl