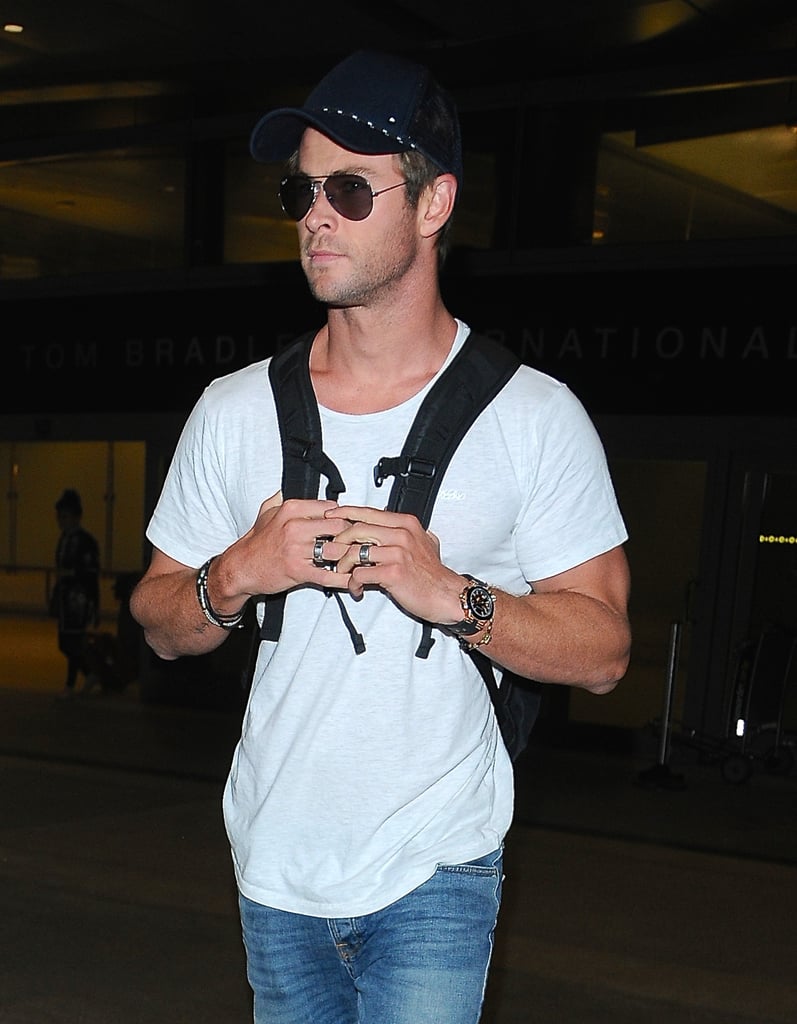 When Chris Hemsworth steps out, we notice. The actor was spotted at LAX on Thursday and could barely contain his impressive muscles in a white t-shirt and Reef Diamond Tail backpack. The actor is likely gearing up for the highly anticipated release of his film Avengers: Age of Ultron on May 1. But despite being one of Hollywood's most sought-after stars and last year's Sexiest Man Alive, Chris is also a dedicated husband and father. Keep reading to see more of his airport outing, then take a look at some of his family's sweetest snaps.