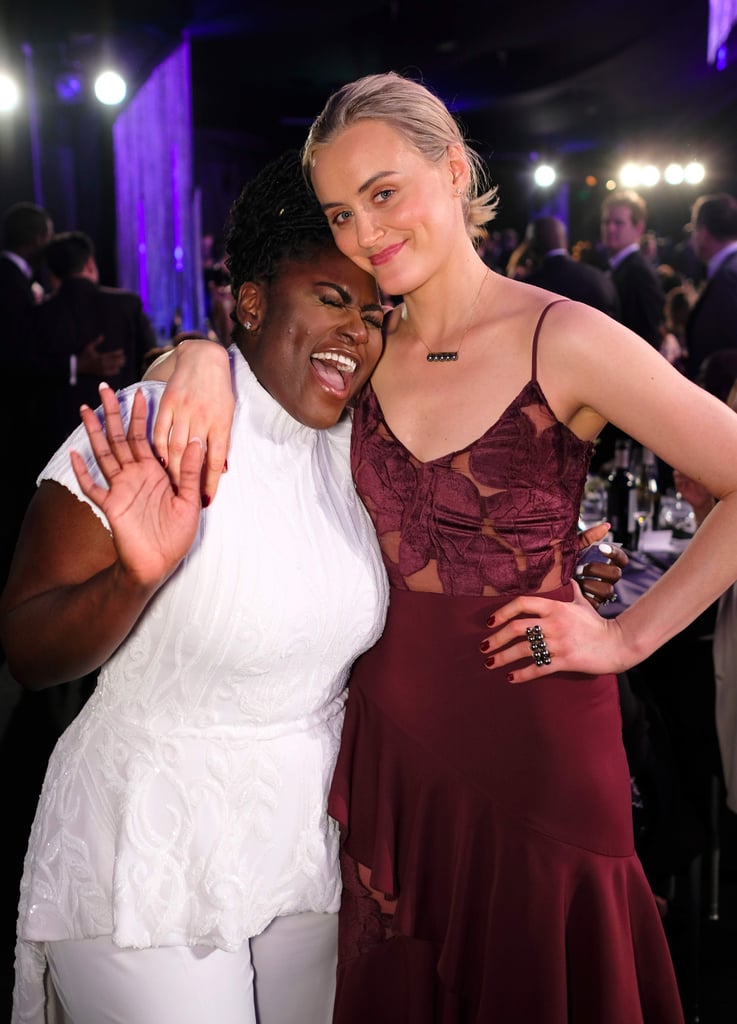 When your work uniform consists of oversize beige trousers and shirts, you have to take every opportunity to show the world your personal glamour. The cast of Orange Is the New Black was up for outstanding ensemble in a comedy series at the SAG Awards, and they seized their moment to have a night out on the town. Danielle Brooks, Jackie Cruz, and more of Litchfield Correctional's inmates dazzled — though we think they're just as beautiful in their prison garb! The cast won the award, giving an inspiring speech and telling the folks in the press room why this year was so special.

Related:
6 Things We Know About Orange Is the New Black Season 5
Previous Next Start Slideshow
Award SeasonOrange Is The New BlackSAG AwardsRed CarpetTV