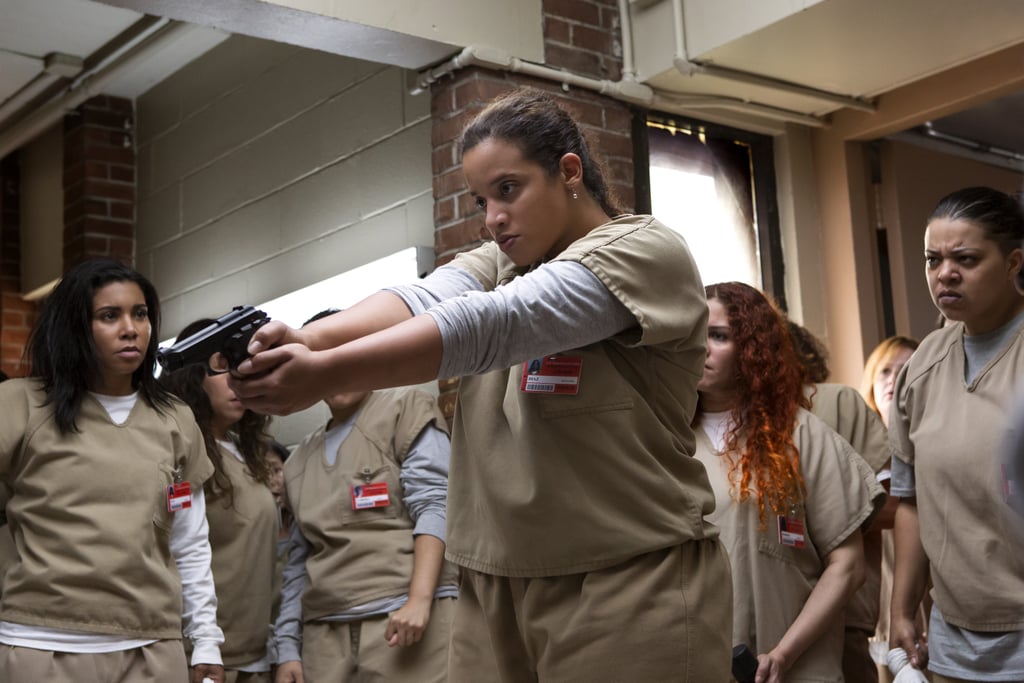 Orange Is The New Black's highly anticipated fifth season doesn't premiere on Netflix until June, but luckily we've just gotten our first look at what's going to go down. In addition to a minute-long clip of Daya's tense standoff with Corrections Officer Humphrey, the streaming giant released eight photos from the SAG Award-winning comedy. There's a glimpse of everything from Piper and Alex lying on the ground (likely after the riot), to Crazy Eyes and Maureen looking a little worse for wear.

Related:
Why Every Orange Is the New Black Inmate Is in Prison
Previous Next Start Slideshow
NetflixOrange Is The New BlackTV

Netflix
Squid Game Streetwear Merch Has Arrived, Because It Was Only a Matter of Time
by Victoria Messina 19 hours ago