Life is swell for the Wallings and the Ostroffs in the trailer for indie comedy The Oranges. The two West Orange, NJ families are thick as thieves, until the patriarch of the Wallings family (Hugh Laurie) is discovered to be having motel rendezvous with Nina Ostroff (Leighton Meester), the 24-year-old daughter of his best friend (Oliver Platt). The revelation throws a wrench in the families' perfect suburban coexistence. Stern parent-child talks ensue, punches are thrown, and incredibly inappropriately photoshopped Christmas cards are sent out. 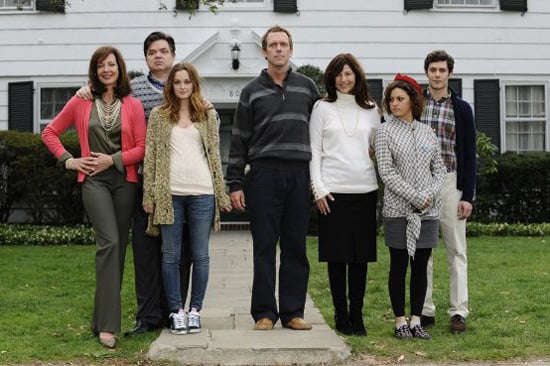 It's kind of weird to see Hugh Laurie embodying anything other than House's crippled curmudgeon demeanor. I know he had a career before House, and will presumably after, but it's still an adjustment. Having said that, this trailer has sold me on the movie. The situation seems realistic, but the characters are clever enough to make it heartbreakingly funny, rather than just awkward. It's also got a stellar cast that includes Alia Shawkat, Catherine Keener, and Adam Brody. Watch the trailer for The Oranges when you read more.