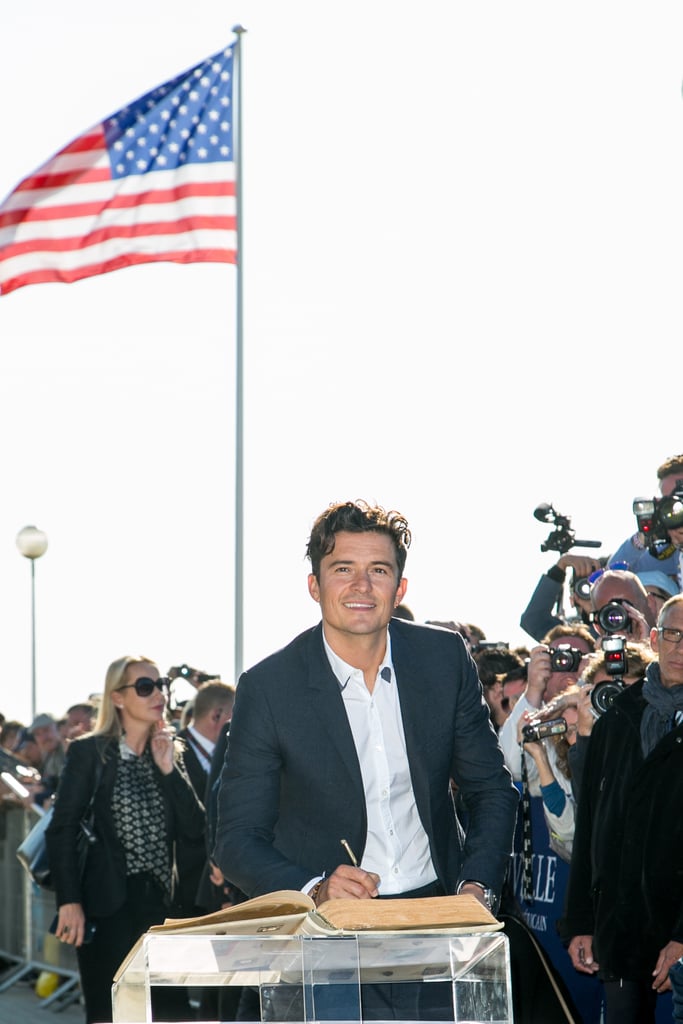 Orlando Bloom took home a special honour at the 41st Deauville American Film Festival in France on Sunday. The festival dedicated a beach closet to him for his work in the movie Zulu. "Star of the Lord of the Rings trilogy and The Hobbit, as well as the Pirates of the Caribbean saga, Orlando Bloom recently revealed a new facet to his talent when he played a violent detective with a drinking problem in Zulu," the festival website states. The 38-year-old actor looked dapper in a navy blue suit as he signed autographs and posed for photos. Other stars being honoured at the event include Keanu Reeves, Michael Bay, and Robert Pattinson. Keep scrolling to see the best moments from Orlando's big day.

Celebrity Families
Katy Perry Is Saving Her Iconic Wardrobe For Daughter Daisy: "I Think About It All the Time"
by Karenna Meredith 4 weeks ago