The Ouija board still holds our imaginations more than 100 years after its creation. First advertised as "Ouija, the Wonderful Talking Board," in 1891, it sold for just $1.50. The simplicity of its design — an alphabet board accompanied by a planchette — belied the long-running fascination people would come to have with the game. The board has been many things throughout its history: a slumber-party staple, a target for religious groups who believe it channels the evil and occult, and a seemingly endless source of inspiration for horror movies and plotlines on TV shows. With Ouija: Origin of Evil opening this week, we took a deep dive into the history of the board game and dug up more than a few interesting — and sometimes creepy — stories about Ouija's origins and legacy. 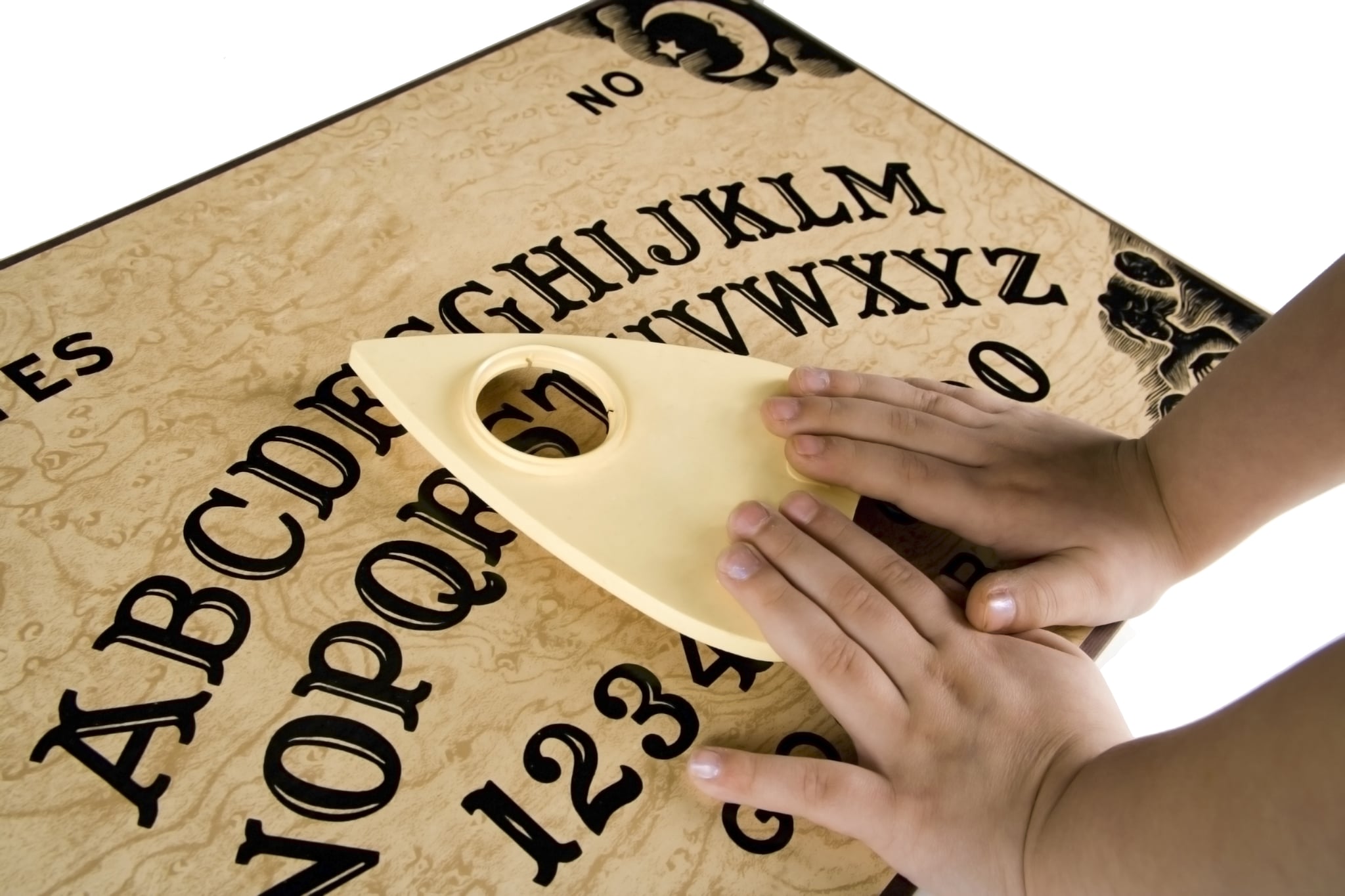 It Launched a Famous Author . . . From Beyond the Grave

Patience Worth was a prominent writer in the early 1900s, and she succeeded despite a major setback: she was a ghost. That's right; Patience's poems, plays, and novels were divined via Ouija board in the parlour of St. Louis housewife Pearl Lenore Curran. Through Pearl, Patience explained that she was an Englishwoman who immigrated to New England in the late 1600s and was killed "by an Indian" in an attack. Patience's work is essentially forgotten now, but she was considered one of the most talented writers of her era, with The New York Times calling her first novel a "feat of literary composition." While the most obvious explanation behind the mystery of Patience is simply that Pearl made her up as a ploy to bring more attention to her own writing talents, scholars and historians still can't quite figure out how a woman of such limited education and experience could have produced the kind of writing — and the amount of it — she seemingly did. Some have suggested multiple personality disorder or a photographic memory that allowed Pearl to remember the intricate details she'd read about the plants, social customs, and foods of the 1600s that Patience wrote about. Even so, even modern historians struggle to explain the phenomenon, and Pearl continued to channel Patience until just a week before she died, at age 54, of pneumonia.

It's Been at the Centre of More Than One Murder Case

Stephen Young, a British man convicted of a double murder in 1994, was granted a retrial after it was discovered that the jury consulted a Ouija board the night before reaching their verdict. While a prosecutor argued the incident was nothing more than "a drunken experiment," Young's attorney implied the jurors may have relied on the board to help make their decision. Stephen was reconvicted at the second trial. His subsequent appeal was denied. While this might be the most modern case to revolve around the Ouija board, it's not the first. In 1933, a 15-year-old girl from San Diego, CA, named Mattie Turley shot her father to death, claiming that the Ouija board told her to do it. Apparently, during a seance with her mother, the board suggested she commit the crime so that her mother could "marry a young cowboy." Conveniently, her mother then insisted that the instruction had to be followed. Mrs. Turley was (not surprisingly) held as an accessory to the shooting.

One Guy Makes a Living as a Oujia Expert

Historian Robert Murch has made a career out of studying the history of the Ouija board. His website hints that he owns as many as 500 of them, and his résumé boasts that he's lent his expertise to a laundry list of films and TV shows, including What Lies Beneath and Storage Wars, as a "Oujia consultant." Murch is currently working on a documentary and a coffee table book about his favourite subject.

Its Creator Claims the Board Named Itself

The early creators of the Ouija board presented several theories about its name. As legend has it, Elijah Bond — one of three men who first sought a patent on his "talking board" device in 1891 — decided to ask his own invention what it should be called. According to lore, he sat around a table with his family and watched as the planchette spelled out "Ouija." William Fuld, who took over the company that manufactured the boards in 1901, abandoned that story, instead publicly claiming that Ouija simply came from combining the French and German words for "yes."

It Was Proven to Work by the US Patent Office

The Oujia board was advertised in the late 1890s as an "interesting and mysterious" tool that had been "proven by Patent office." Strangely enough, that latter fact is true. Inventions have to be shown to operate as advertised in order to be approved. According to creator Elijah Bond's descendants, the patent officer reviewing the Ouija patent application told Bond that if he sat down at the board in front of him and it successfully spelled out his name — which he didn't reveal to Elijah before the experiment — he would grant the patent. Elijah and his board succeeded. The coincidence might seem spooky, but since Elijah was a patent lawyer himself, most people assume he simply did his homework and found out the name of the officer he'd be meeting with. Either way, the officer was apparently appropriately convinced — and shaken — by the experience and gave the Ouija board his stamp of approval.