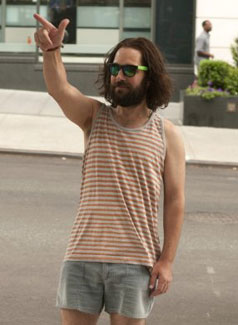 We got a taste of Paul Rudd's next comedy with the first trailer for Our Idiot Brother, but the second preview reveals even more of the film. In this new peek, we see hippie Ned (Rudd) mucking things up for his three sisters (played by Zooey Deschanel, Emily Mortimer, and Elizabeth Banks) when he crashes on their couches and spends a little too much time mingling with their friends and neighbors. This time though, the preview sheds more light on the heart of the film, as Ned's sisters realize that their "idiot brother" is more than just a screw-up. Check it out when you read more.

HBO Max
Paul Rudd Might've Missed the Friends Reunion, but His Camcorder Moment Is Forever
by Yerin Kim 3 weeks ago