Oz: The Great and Powerful is the latest film project to put a new spin on a childhood classic. Like Broadway musical Wicked, this take on The Wizard of Oz will be a prequel to Dorothy's experience down the yellow brick road, but this time it will be told from the perspective of the wizard himself. The 3D movie is set for a 2013 release, so even though that's a long ways away, I've put together a list of who's been cast so far so you'll know what you're in for. 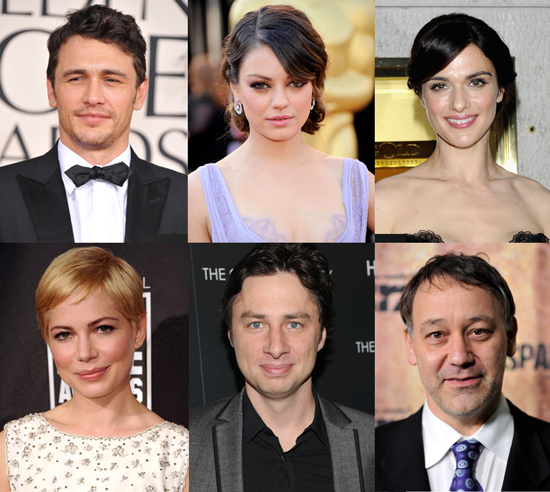