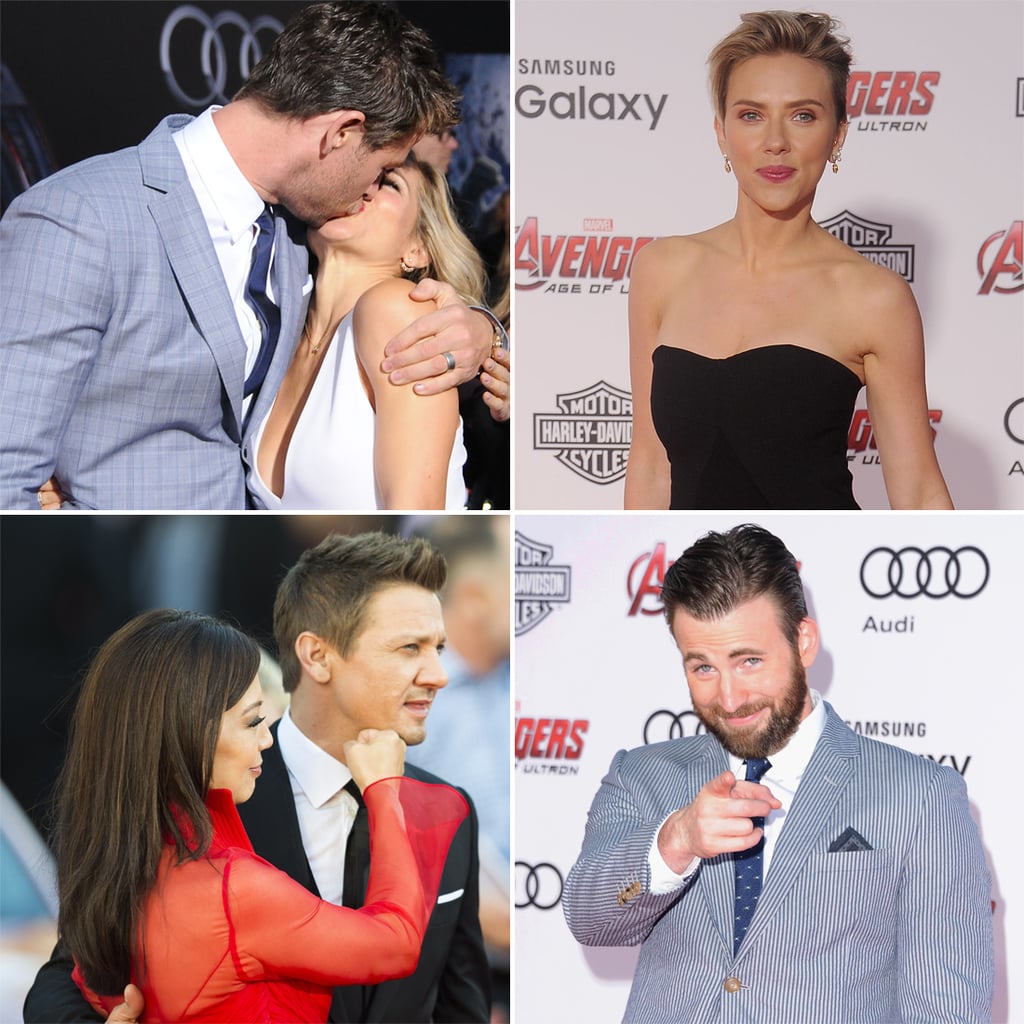 It was all about cute couples, playful poses, and supersexy dresses at the LA premiere of Avengers: Age of Ultron on Monday night. Chris Hemsworth and Elsa Pataky had the look of love on the red carpet, as did Robert Downey Jr. and his wife, Susan. New mum Scarlett Johansson arrived solo, showing lots of leg in a strapless Stella McCartney dress; the actress has looked amazing since giving birth to daughter Rose in September, both at the premiere and during recent appearances at the Oscars and the MTV Movie Awards. Mark Ruffalo, also known as The Hulk, had his whole family in tow for the big event; he posed for sweet photos with wife Sunrise Coigney and their kids, Keen, Odette, and Bella, who we recently saw by her dad's side in an adorable matching suit at the big MTV show on Sunday.

Also on hand for the red carpet event was Elizabeth Olsen, who plays Scarlet Witch; Jeremy Renner, who plays Hawkeye; and Captain America himself, Chris Evans, who looked slick in a striped suit alongside his mother and sisters. Some of the cast members even got to pose with their characters' wax figures, which were brought to the red carpet from Madame Tussauds. Keep reading for all the best photos from the Avengers: Age of Ultron premiere, then check out the cast's hilarious game of Family Feud during their stop at Jimmy Kimmel Live.