Katy Perry was in Poland yesterday promoting her music, after performing on a German music TV show over the weekend. Her fiance Russell Brand was in Edinburgh after his short stint in New York, at a book signing for his second autobiography, meeting his fans and posing for photos. His radio show starts on TalkSport this weekend, and yesterday he made news by interrupting a Scottish National MSP's interview in the garden lobby of Scottish Parliament, saying "Come back to England!" and making him laugh. 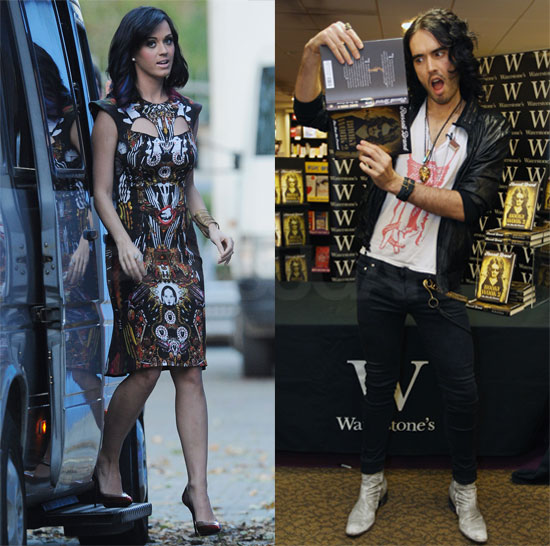