Katy Perry changed into at least four outfits yesterday as she spent time in New York promoting Teenage Dream, which was released in the US yesterday. She was spotted out and about in three different dresses, and then wore a another outfit to talk to David Letterman about her man Russell Brand, who celebrated with his fiancee. She showed off her gym toned body in a Herve Leger dress as she entered the studio, and wore a pink dress with a voluminous skirt as she left. She told David she's known Russell since last September and pointed at her ring as she said he was "very engaging", she also spoke about her religious parents and sang "Teenage Dream" live. Check out her interview after the jump! 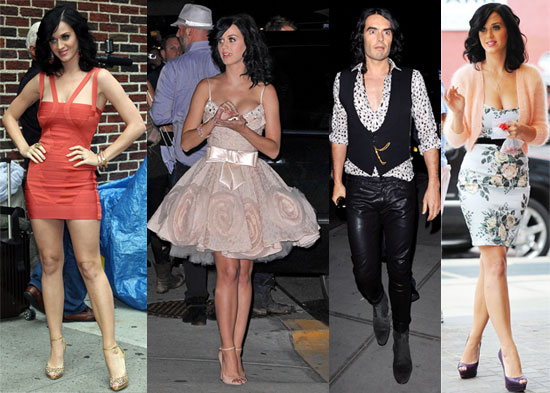