Sienna Miller stepped out in London yesterday with friends, but without Jude Law. Details have emerged that the couple were given a marriage blessing in a traditional Baci ceremony in Laos during a holiday in April. The red and white thread wristband that Sienna is wearing in these photos was given to each of them by the village shaman to mark the union. Jude and Sienna are reportedly planning a more traditional ceremony to take place in the next few months. Covergirl Sienna has also just signed on to Nick Cassavetes new movie Yellow alongside Ben Foster and Melanie Griffiths. 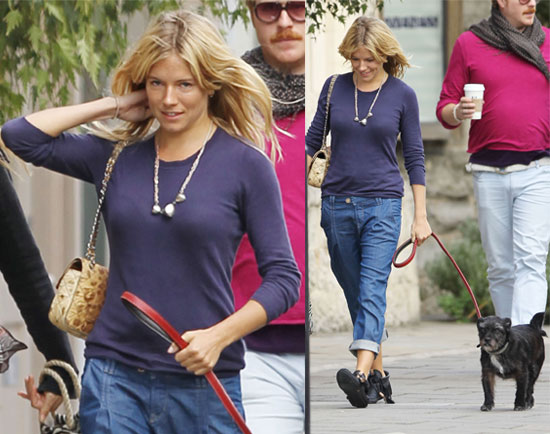