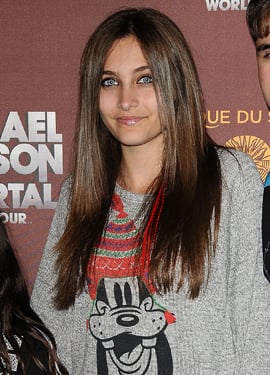 Update: Paris's mother, Debbie Rowe, confirmed to Entertainment Tonight that Paris did try to commit suicide and is currently in an LA hospital.

TMZ is reporting that Paris Jackson has been hospitalized. Paris, who is the daughter of Michael Jackson, was apparently taken by ambulance from her family's home in Calabasas early this morning amid speculation that the cause was a possible suicide attempt. Story developing.