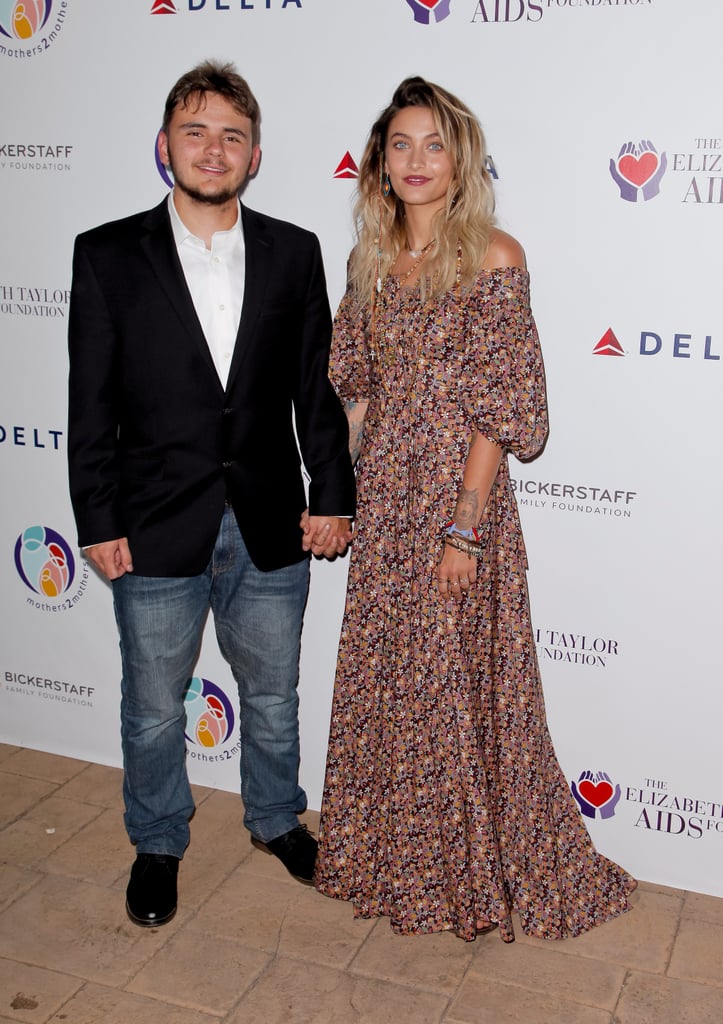 Paris and Prince Jackson are both carrying on their father Michael's legacy in their own ways, but we have a feeling he would be most proud of how close they've remained in the eight years since his death. The siblings showed off their close bond when they attended the mothers2mothers and The Elizabeth Taylor AIDS Foundation Benefit Dinner in Beverly Hills, CA, on Tuesday night. Paris and Prince, who both looked sharp for the occasion, held hands on the red carpet and flashed sweet smiles for photographers. The outing also comes just a few days after Paris showed off her stunning singing voice, which sounds a lot like her dad's, when she joined her cousin, Austin Brown (Rebbie Jackson's son), on stage at Soho House in West Hollywood. Keep reading to see more of Paris and Prince's fun night out.

Related:
Paris Jackson Writes a Note to Dad, Michael, on His Birthday: "You Are Always With Me"
Previous Next Start Slideshow
Celebrity FamiliesPrince JacksonParis JacksonRed Carpet