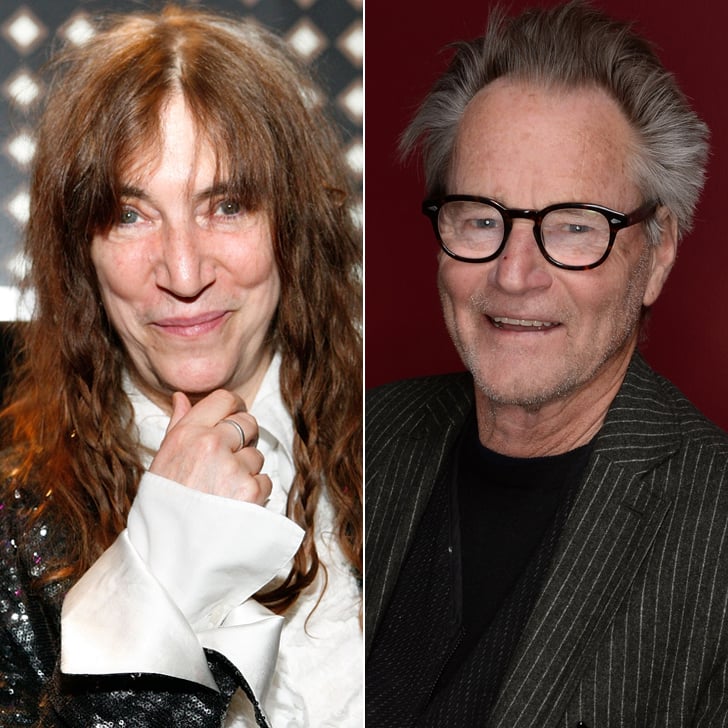 Sam Shepard passed away at the age of 73 on July 27 after complications from ALS, and on Tuesday, musician Patti Smith penned a beautiful tribute to her late friend in The New Yorker. Patti looked back on her decades-long friendship with the legendary actor, writing, "We knew each other for such a long time. Our ways could not be defined or dismissed with a few words describing a careless youth. We were friends; good or bad, we were just ourselves. The passing of time did nothing but strengthen that."

Patti also wrote about her favourite memories with Sam and how he promised that he would one day take her across the American Southwest, though their plans came to a screeching halt when Sam was "stricken with a debilitating affliction." "He eventually stopped picking up and leaving. From then on, I visited him, and we read and talked, but mostly we worked. Labouring over his last manuscript, he courageously summoned a reservoir of mental stamina, facing each challenge that fate apportioned him."

Patti was in Lucerne, Switzerland, when she found out about Sam's passing. She spoke about his final moments, saying, "The rain fell when he took his last breath, quietly, just as he would have wished. Sam was a private man. I know something of such men. You have to let them dictate how things go, even to the end. The rain fell, obscuring tears. His children, Jesse, Walker, and Hannah, said goodbye to their father. His sisters Roxanne and Sandy said goodbye to their brother . . . I said goodbye to my buddy, calling to him, in the dead of night."

Sam and Patti met in the early '70s when he was a drummer for a folk group called the Holy Modal Rounders. The two quickly became friends and even worked on Sam's 1971 play Cowboy Mouth. In Patti's 2010 memoir, Just Kids, she credited Sam for encouraging her to try pairing her poetry with music. Read Patti's tribute in full here.

Lizzo
Leave It to Lizzo and Adele to Bond Over Being "Supreme Divas": "We Just Connected in That Way"
by Njera Perkins 2 days ago

Celebrity Interviews
Is This a Holiday Tradition? Billie Eilish Does the Same Vanity Fair Interview For the Fifth Year in a Row
by Naledi Ushe 3 days ago