Simon Cowell's forthcoming American version of The X Factor may be an American Idol reunion of sorts. Cowell has stated that Paula Abdul is likely to host The X Factor, along with himself and Island Def Jam Music chairman Antonio "L.A." Reid. Cowell also hinted that while nothing's official yet, British songstress Cheryl Cole is likely to join the panel as well. 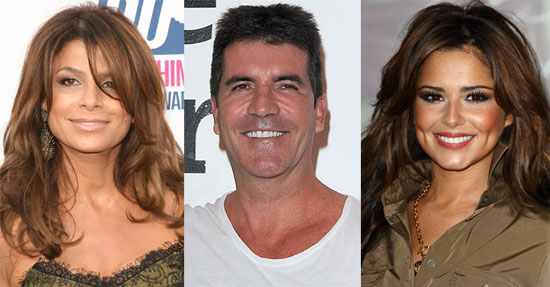 Cowell did a fair amount of gushing about Abdul, saying that the duo had great chemistry on Idol and he's looking to re-create that. Though Abdul wasn't my favorite judge of all time, it's a smart promotional move for Cowell to get Idol viewers into The X Factor, especially in light of a recent backlash toward the Idol judges' panel. The X Factor doesn't launch until the Fall, but are you excited about the possibility of seeing Simon and Paula spar once again?