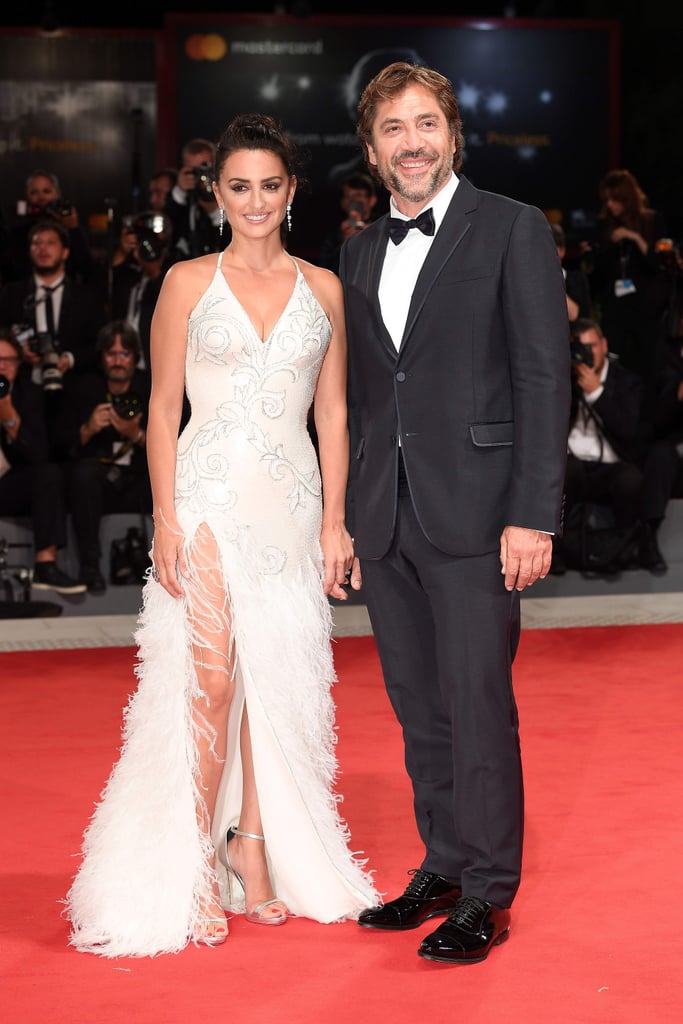 Are you sitting down? Because you might just faint when you see these photos of Penélope Cruz and Javier Bardem at the Venice Film Festival this week. The married couple of seven years were there to promote their new project, Loving Pablo, a film adaptation of the book Loving Pablo, Hating Escobar written by famed Colombian journalist Virginia Vallejo. It also marks the fourth time the two, who starred in Woody Allen's Vicky Cristina Barcelona, have shared the screen in leading roles (their last movie, The Counselor, premiered in 2013).

Penélope and Javier, who are parents to 6-year-old Leo and 4-year-old Luna, continue to prove that the couple who work together, stay together. In addition to holding hands as they walked the red carpet, Javier also stopped to help Penélope fix her feathery dress. Their sweet and sexy chemistry honestly makes our hearts skip a beat.