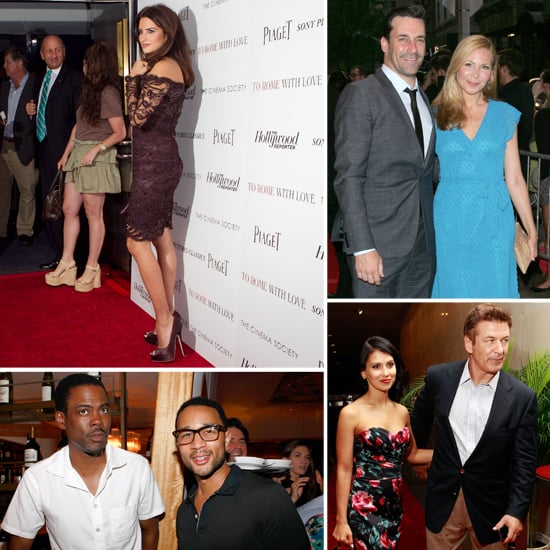 Penelope Premieres Woody's Latest With a Roster of NYC Stars

Penelope Cruz wore Emilio Pucci to join her To Rome With Love costars last night in NYC for a screening at the Paris Theatre in honor of their film's release tomorrow. She linked up with costars Alec Baldwin, Greta Gerwig, and director Woody Allen for the premiere. Alec made the rounds with fiancée Hilaria Thomas on his arm, while Woody Allen fan Jon Hamm stepped out with his girlfriend, Jennifer Westfeldt. Penelope, though, skipped out on the star-studded afterparty held at Casa Lever. Chris Rock came out for the celebration, and caught up with John Legend.

Woody's latest picture is out tomorrow, but so far, early To Rome With Love reviews are mixed. It's his and Penelope's second project together after 2008's Vicky Cristina Barcelona — do you plan on seeing this one? Penelope was thrilled to pair up with Woody again, saying at a press conference Tuesday, "I find him so fascinating. He's so unique. I'm lucky that I get to be directed by somebody that I admire so much, and I am lucky I get to hang out with him."