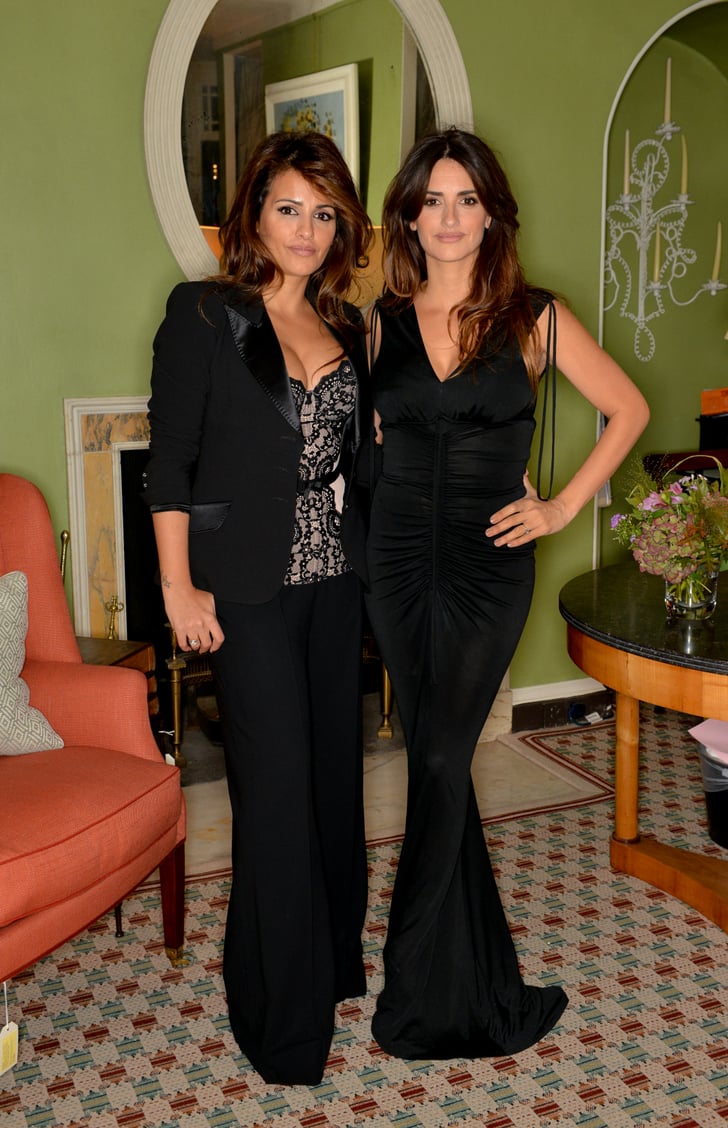 Penélope Cruz and her sister, Monica, attended a dinner for their L'Agent by Agent Provocateur capsule collection in London on Wednesday night. They linked up with the brand's creative director, Sarah Shotton, and Net-a-Porter President Alison Loehnis for the event. Penélope and Monica both sported sleek black outfits to show off their postbaby figures — Penélope gave birth to her second child, a daughter named Luna, in late July, while Monica welcomed a baby girl in May. The two joined forces to design a special range of lingerie for Agent Provocateur and shot a rather risqué ad campaign, directed by Penélope, for the collection earlier this year. The steamy video stars model Irina Shayk, and Monica, as well as Penélope's husband, Javier Bardem, make cameos.

Penélope opted to support her fashion project while her The Counselor costar Michael Fassbender attended a special Cinema Society screening of the crime drama in NYC last night. However, she did join Michael, Javier, and director Ridley Scott for the film's London premiere and photocall last week.