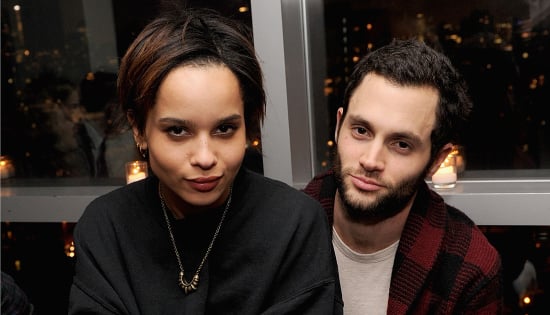 Us Weekly reports that Penn Badgley and Zoe Kravitz have split after almost two years together. The couple, who began dating in the Summer of 2011 and shared an apartment together in NYC, made their last public appearance at the Warm Bodies screening in NYC back in January. They reportedly ended on "good terms" in the middle of their busy schedules, which included work on Penn's film Parts Per Billion and production on Zoe's Divergent in Chicago.